The Culprit Behind Houston’s Flooding Problems

This week’s deadly flooding spared the city’s energy industry, but the threat is always lurking. 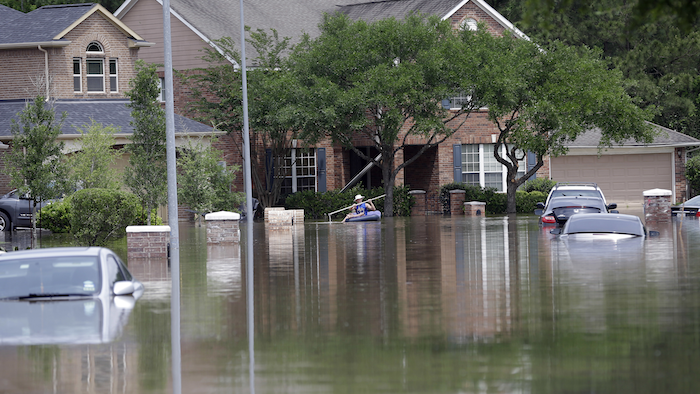 The tragic flooding in Houston this week has claimed eight lives and left many neighborhoods under water.

This time, the city’s energy industry seems to have been largely spared from major damage. But in Houston’s long battle with raging floods, the oil and gas industry has been hit hard several times over the years by weather— from smaller incidents like a storm last year that caused several companies to shut down wells to major disasters like the 2008 hurricane that knocked 700,000 barrels of oil offline per day in the Gulf.

About 5,000 energy companies do business in and around Houston and it is considered one of the world’s biggest hubs for oil and gas operations. With the threat of a major weather disaster to the industry always looming, city officials are reportedly beginning to take the issue more seriously.

Why is flooding so damaging in Houston? It isn’t just because the city often sits in the path of major storms.

According to a CNBC recent report, the real issue is pavement.

Because pavement doesn’t absorb water and Houston has been growing rapidly, the city is seriously lacking in flood-proof infrastructure.

"Every square meter of pavement in Houston, on average, translates into about $4,000 of extra flood damage," a professor at Texas A&A told CNBC. “We calculated that between 1996 and 2011, the Houston region increased its pavement, its impervious surface coverage, by about 25 percent, which is hundreds of square miles of pavement."

Unless city planners change course, the situation is only likely to get worse. Around 90,000 people settled in Houston last year and another 3.7 million are expected over the next 30 years.

There are technical solutions, however, including a permeable concrete called Topmix, which is made by Tarmac, a company based in the UK. The concrete can absorb 1,000 liters of water per minute per square meter

Check out this video of Topmix in action.

While these technologies provide promising solutions, it will be up to planners to include these options in a wider strategy to protect and prepare the city’s people and businesses from major floods.