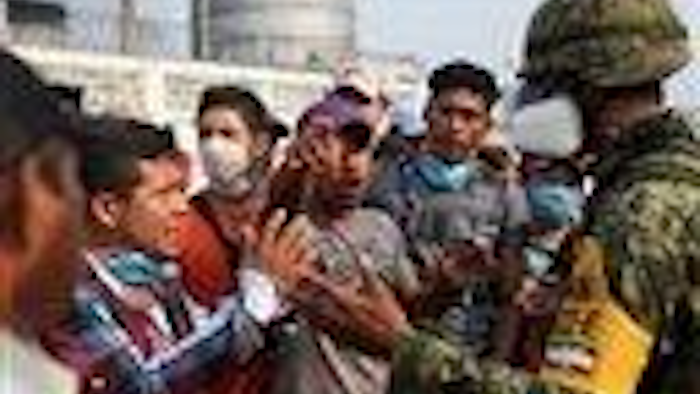 The head of Mexico's civil defense agency, Luis Felipe Puente, wrote on his Twitter account that emergency personnel had been able to enter the burned-out plant and found 10 bodies. Three other workers had been reported dead immediately following the blast Wednesday afternoon.

The director of the state oil company Petroleos Mexicanos, Jose Antonio Gonzalez Anaya, said family members reported 18 workers at the plant remained missing. One area of the plant was still too hot to enter, and Gonzalez Anaya said the death toll could rise

Pemex said 136 workers were injured in the blast in the industrial port city of Coatzacoalcos. Twenty-four of the injured remained hospitalized.

Gonzalez Anaya told the Radio Formula station that 13 of the injured were in serious condition.

He said the blast "was caused by a leak. ... We don't know how that leak occurred."

Veracruz state Gov. Javier Duarte earlier told Radio Formula that the blast was felt as far as 6 miles (10 kilometers) away. He said more than 2,000 people were evacuated from the area as a precaution, and classes were canceled Thursday at area schools.

Pemex reported the fire under control late Wednesday, but initially urged people to stay away as a precaution.

It said the explosion hit the Clorados 3 plant of Petroquimica Mexicana de Vinilo, which produces vinyl chloride, a hazardous industrial chemical that is used to make PVC pipes and for other purposes.

Pemex said the plant is operated by another company, Mexichem, in partnership with Pemex.

There have been a number of accidents in recent years at facilities owned by Pemex or where it operates. In early February, a fire killed a worker at the same facility. Also in February, two people were killed and eight injured in a fire on an offshore Pemex platform in the Gulf of Mexico.