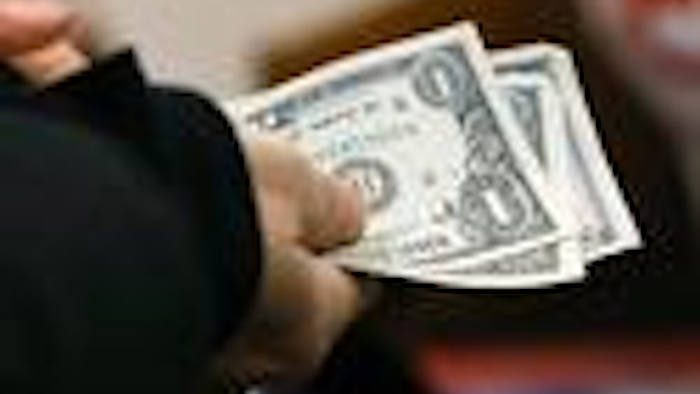 The overall increase in wealth masks large disparities between richer and less well-off households. And the Fed's figures aren't adjusted for population growth or inflation.

Household wealth, or net worth, reflects the value of homes, stocks and other assets minus mortgages, credit card debt and other borrowing.

Some of the gains have likely reversed in the past couple of months. The stock market, as measured by the Standard & Poor's 500 index, closed Wednesday 2.7 percent below its level at the beginning of the year. Home prices, however, have continued to rise.

The figures show that Americans, on average, were in decent financial shape when 2016 began. The ratio of household debt to income — a key measure of whether consumers are borrowing too much — stood at 106.8 percent in the fourth quarter. That's down 1.2 percentage points from a year earlier.

Just before the financial crisis and Great Recession, that figure had ballooned to about 135 percent.

Greater household wealth can trigger more consumer spending, a key fuel for the U.S. economy. The strong dollar is dragging down exports of manufactured goods by making them more expensive overseas, while new home sales and construction may level off this year. Businesses have also held back on buying new machinery and other equipment.

That leaves the consumer as a crucial source of economic growth. In January, Americans bolstered their spending by the most in eight months.

Higher stock and home prices can make consumers feel richer, a phenomenon economists call the "wealth effect." Some analysts estimate that each dollar of additional wealth can lead to 3 cents to 5 cents of additional spending.

Yet the wealth effect may have diminished in the aftermath of the recession, economists say. After watching home values and financial markets plunge, more Americans likely see those gains as temporary, and may be more reluctant to spend them right away.

In addition, household wealth is distributed more unequally. The wealthiest 10 percent Americans own 80 percent of stocks, according to research by Edward Wolff at New York University. Stock values have recovered from the recession and reached new heights.

Meanwhile, home values are a much more important source of wealth for middle-income Americans. Yet home prices, while they have rebounded from recession lows, remain below the levels reached in 2006 during the housing bubble.

She is accused of clearing planes for flight that needed maintenance.
Oct 15th, 2021
Follow Us
Most Recent