NEW YORK (AP) — Lumber Liquidators' stock plunged Monday as the Centers for Disease Control and Prevention now says people exposed to certain types of the company's laminate flooring were three times more likely to get cancer than the agency previously predicted. The CDC said that in its original... 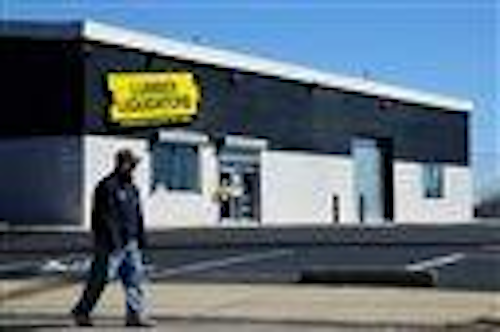 The CDC said that in its original report it had used an incorrect value for ceiling height. It said that resulted in health risks calculated using airborne concentration elements about three times lower than they should have been.

The agency said that its recommendations will likely stay the same -- that people take steps to reduce exposure to formaldehyde emitted from the Chinese-made flooring.

Formaldehyde was added to the government's list of known carcinogens in 2011. It is a colorless gas with a pungent smell, used among other things to manufacture building materials and household products. It's a common indoor air pollutant. Researchers say the amount of formaldehyde given off by new products ebbs over time.

Lumber Liquidators said in a statement Monday that it has strengthened its "quality assurance procedures," such as testing sample products.

The CDC says homeowners can reduce the amount of formaldehyde in their homes by letting in fresh air for a few minutes every few days and choosing products with low or no formaldehyde. The health agency said it's not necessary to test homes unless there's a strong chemical smell or someone is having symptoms — burning of the eyes, nose and throat — and only experiencing them in the home.