Fire breaks out at investment event in Indian city of Mumbai

NEW DELHI (AP) — A massive fire broke out an event in Mumbai meant to showcase India as an attractive destination for billions of dollars of foreign investment. There were no casualties from Sunday night's fire, and the weeklong "Make in India" event was not canceled. Still, the incident is being... 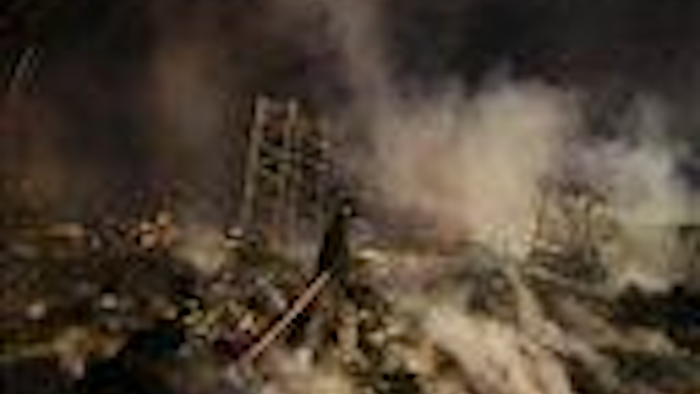 NEW DELHI (AP) — A massive fire broke out an event in Mumbai meant to showcase India as an attractive destination for billions of dollars of foreign investment.

There were no casualties from Sunday night's fire, and the weeklong "Make in India" event was not canceled. Still, the incident is being viewed as an embarrassment for the government because the event is among Indian Prime Minister Narendra Modi's most ambitious economic initiatives and aims at making the country a manufacturing hub on par with neighboring China.

Video showed the fire blazing at the base of the elaborate stage as dancers performed at a cultural extravaganza to celebrate the event. The fire later spread as the scaffolding caught fire and flames could be seen rising into the sky.

It was not immediately clear what caused the fire and the government has ordered an investigation.

Top government officials and Bollywood stars were evacuated soon after the fire broke out. Modi inaugurated the event on Saturday, but was not there on Sunday.

Leading actor Amitabh Bachchan tweeted Sunday that he had ended his own performance and left the venue shortly before the fire started.

In India, safety norms are routinely flouted. When big, public events are organized, it's not unusual to find dangerously low-hanging electricity cables or just a single fire engine and an ambulance on stand-by.

Despite manufacturers’ best forecasts, no one could have predicted what 2020 had in store. For many manufacturers, the destabilizing force of the pandemic exposed weaknesses along the value chain. It also highlighted opportunities to justify larger-scale.
Nov 1st, 2021

The shooter and victim, both employees, knew each other outside of work.
Nov 19th, 2021

The company says Meta’s prototype glove is “substantively identical” to its own.
Nov 19th, 2021

Waymo’s autonomous driving technology will provide an assist during the holiday season.
Nov 18th, 2021
Follow Us
Most Recent