NEW YORK (AP) — Talking animals, celebrity cameos and crowd-pleasing rock songs: This year's Super Bowl advertisers are sticking to the classics in their efforts to win over Big Game viewers on Sunday. Skittles will showcase Steven Tyler's high range on "Dream On," Budweiser is enlisting Helen... 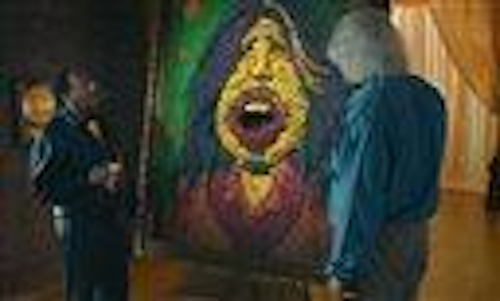 NEW YORK (AP) — Talking animals, celebrity cameos and crowd-pleasing rock songs: This year's Super Bowl advertisers are sticking to the classics in their efforts to win over Big Game viewers on Sunday.

Skittles will showcase Steven Tyler's high range on "Dream On," Budweiser is enlisting Helen Mirren to chide drunk drivers, and Audi will have an astronaut drive its luxury R8 sports car to the tune of David Bowie's "Starman," to note just a few of the ads that have garnered pre-game buzz. (Many advertisers release their spots online ahead of the game.)

The Super Bowl is advertising's biggest stage, and each year brands battle to stand out among the 40-plus commercials that air during the game. The goal is to rivet the expected 114 million people expected to tune into the game, in which the Denver Broncos will take on the Carolina Panthers. Marketers also hope to dominate online chatter during the game and real-life talk in the office on Monday.

But there's a fine line between standing out and risking offense, and this year, the Super Bowl advertisers are going for the safety. Movie and rock stars, anthemic songs and cute animals are in. Sitting it out on the sidelines? Raciness, "bro" humor and anything remotely edgy.

"The days of bros and boobs are over," said Kelly O'Keefe, a marketing professor at Virginia Commonwealth University.

Here's a look at the biggest trends emerging from the Super Bowl ads released ahead of the game.

This year, with ads costing up to a record $5 million, dozens of advertisers have enlisted celebrities to get their brand message across. A trade group for Mexican avocados signed up Scott Baio to appear in a fictional alien history exhibit about humans in the 1980s. Snickers brings us Willem Defoe as a hungry Marilyn Monroe. Six celebrities such as Harvey Keitel and Serena Williams appear to praise the BMW Mini Clubman as a "chick car" and urge people to "defy labels." Christopher Walken compares the Kia Optima sedan to wearing colorful socks.

Anheuser-Busch, traditionally the biggest advertiser on the Super Bowl, has tapped Helen Mirren to stringently call out drunk drivers for being "pillocks" (British slang for idiots). Colgate-Palmolive is running a spot urging people to save water by turning off the tap when they brush their teeth. The NFL is back with a domestic abuse message for the second year with a somber ad that shows how texting can convey signs of domestic abuse.

Even Axe, known for its racy ads aimed at teenage boys, is going for a mature message that urges millennials to focus on what makes them unique rather than traditional status symbols. The tagline is "Find Your Magic."

Bud Light spoofs the presidential election furor with Amy Schumer and Seth Rogan drumming up enthusiasm for the make-believe "Bud Light Party." Jeff Goldblum plays piano and sings "Movin' on Up" while suspended in midair for Apartments.com. Kevin Hart stalks his daughter's date in a Hyundai spot.

And Mountain Dew takes weirdness to a new level with a "Puppymonkeybaby" — pretty much exactly what it sounds like — mascot in an ad for its Kickstart drink.

Acura introduces its luxury NSX sports car to the tune of Van Halen's "Runnin' with the Devil." Sheep sing Queen's "Somebody to Love" in an ad for Honda's Ridgeline truck. Steven Tyler sings "Dream On" with a portrait of himself ... made of Skittles. And Heinz' ad features adorable wiener dogs running in a field toward people dressed as Heinz ketchup bottles to Harry Nilsson's "Without You."

Taco Bell will be announcing a top-secret new food item. And watch for surprise ads from Amazon, Coca-Cola, and Chrysler during the big game.