WASHINGTON (AP) — A major pesticide harms honeybees when used on cotton and citrus but not on other big crops like corn, berries and tobacco, the Environmental Protection Agency found. In its first scientific risk assessment of the much-debated class of pesticides called neonicotinoids and how... 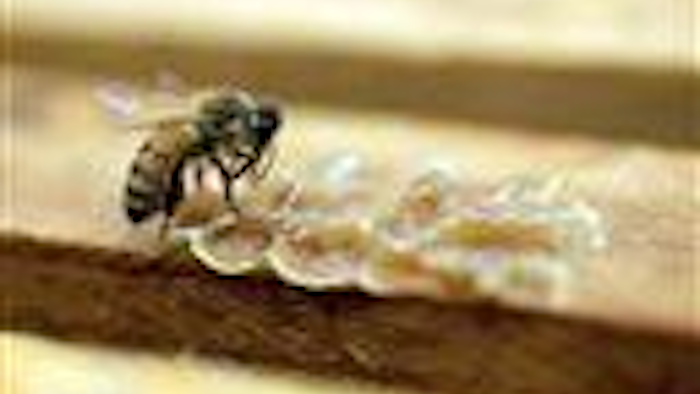 WASHINGTON (AP) — A major pesticide harms honeybees when used on cotton and citrus but not on other big crops like corn, berries and tobacco, the Environmental Protection Agency found.

In its first scientific risk assessment of the much-debated class of pesticides called neonicotinoids and how they affect bees on a chronic long-term basis, the EPA found in some cases the chemical didn't harm bees or their hives but in other cases it posed a significant risk. It mostly depended on the crop, a nuanced answer that neither clears the way for an outright ban nor is a blanket go-ahead for continued use.

Honeybees don't just make honey; about one-third of the human diet comes from insect-pollinated plants, and the honeybee is responsible for 80 percent of that pollination. Bees and other pollinators worldwide have been in trouble with declining numbers.

Some advocacy groups solely blame neonicotinoids — they works on insects' central nervous systems — and call for bans on the chemicals. Recent scientific studies have pointed to problems and pesticide makers dispute those studies. Europe banned the pesticide class, and then lifted the ban. Top bee scientists have said that class of pesticide is only one of a number of factors hurting bees, not the sole cause of their decline.

Before acting, EPA said it needed more specific and targeted research and this is the first of four planned assessments of risk of specific neonicotinoids. It will be announced Wednesday, but The Associated Press obtained the summary earlier and the chief pesticide official explained the results in an interview. The study was done by the EPA and California's environmental agency, with a similar one done by Canada being released Wednesday at the same time.

EPA analysis of detailed tests found a clear level of concentration of the pesticide imidacloprid, the most common neonicotinoid, in which things start to go awry. If nectar brought back to the hive from worker bees had more than 25 parts per billion of the chemical, "there's a significant effect," namely fewer bees, less honey and "a less robust hive," said Jim Jones, EPA's assistant administrator for chemical safety and pollution prevention.

But if the nectar chemical level was below 25 parts per billion, it was as if there were no imidacloprid at all, with no ill effects, Jones said.

There was a clear threshold at 25 parts per billion of harm or no harm, not really much of a grey area, he added.

The study also found that it was the crop more than anything that determined if it was above or below that harmful level, Jones said. While nectar of cotton and citrus fruits were above the harmful level, the levels were not harmful when it came to corn, most vegetables, berries and tobacco. Other crops weren't conclusive and need more testing, including legumes, melons, tree nuts and herbs.

Also, the controversial practice of treating seeds with the chemical seemed not to harm bees, Jones said.

The nation's top crop — in terms of production value in billions of dollars — is corn. And imidacloprid treatment of this crop is not a problem, Jones said. Same goes for hay and wheat, which are the nation's third and fourth most valuable crops. Soybeans, the No. 2 crop, and No. 5 crop almonds are in the still-to-be-determined category. The problem crops of cotton and citrus are No. 7 and 9 in U.S. production value in 2014, according to Agriculture Department statistics.

The study looked just at honeybees, not bumblebees. A 2015 study in the field in the journal Nature found neonicotinoids in general harmed bumblebees, but not honeybees. Jones said EPA used honeybees because they are a good surrogate for all pollinators.

This is a draft of a scientific report, not a regulation, Jones said. After public comments and the report is finalized, then EPA may act.

"The literature is all over the place, which is why we wanted to draft a protocol that we knew would be scientifically robust enough," Jones said.

EPA required imidacloprid-maker Bayer Crop Sciences to run specific tests and then the federal agency analyzed the results for the report, Jones said. Imidacloprid is used under several different names because it is off patent, Jones said.

Bayer has long maintained its pesticides are safe and has found what it considers problems in previous studies. But the EPA only shared the risk assessment summary and provided Jones for the interview on the condition that the EPA study was not shared with anyone before the Wednesday announcement.

University of Illinois entomologist May Berenbaum, who in 2014 was awarded the National Medal of Science, said last year that two 2015 studies in the journal Nature "are more nails in the systemic neonicotinoid coffin." One of those studies showed that bees may even seek out the chemical. Berenbaum, who wasn't part of those studies, said research has long shown that honeybees "display a paradoxical preference for certain neurotoxic phytochemicals, including nicotine and caffeine."

Last year the EPA proposed banning use of pesticides that harm bees — including but not limited to neonicotinoids — when crops are in bloom and bees are being used as commercial pollinators.