On the last day of the year, the company announced a landmark power contract with the Saudi Electric Company valued at nearly $1 billion. 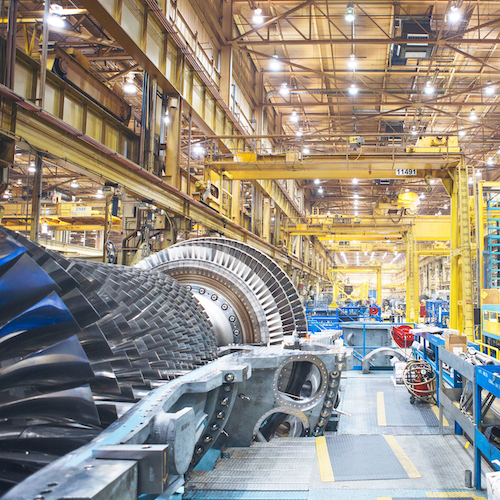 A gas turbine on the half shelf inside GE Power’s plant in Greenville, South Carolina (Image Credit: GE Power)

GE finished a historic year of massive deals with one more win before the ball dropped in New York’s Times Square. On the last day of the year, the company announced a landmark power contract with the Saudi Electric Company valued at nearly $1 billion.

GE will supply gas, steam, and solar power generation technology to the Waad Al Shamal combined cycle power plant. The deal follows a series of milestone announcements for GE this year, including its largest-ever deal in India for 1,000 locomotives, a megadeal for more than 2.6 gigawatts (GW) of power in Egypt and more than $35 billion in wins at the Paris and Dubai Air Show. (You can see more 2015 highlights here.)

GE tech has been working in Saudi Arabia for more than 80 years. The company supplied the country with equipment for its first oil refinery. There are already some 550 GE turbines operating in the Kingdom, generating more than half of the its electricity. GE technology is also helping the desert country produce 180 million liters of clean water through desalination and treatment. That’s equivalent to a tenth of the Kingdom’s daily oil production.

When completed, the new project will generate 1,390 GW, enough to supply 500,000 Saudi homes. Like in Egypt, GE was able to move quickly because of the GE Store, a global exchange of knowledge and technology between its businesses and research centers. The turbines that are part of the deal contain technology like variable stator vanes, that was originally developed by GE Aviation for supersonic jet engines.