Autonomous car breakthroughs to be featured at gadget show

LAS VEGAS (AP) — Powerful computers that can drive better than people, high-definition road maps and low-cost sensors are about to remove some big barriers to self-driving cars. Some breakthrough features will come to your dashboard quickly, while others will take a few years. But companies from... 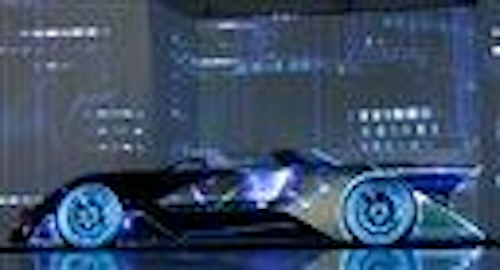 LAS VEGAS (AP) — Powerful computers that can drive better than people, high-definition road maps and low-cost sensors are about to remove some big barriers to self-driving cars.

Some breakthrough features will come to your dashboard quickly, while others will take a few years. But companies from Silicon Valley to Detroit will use the CES gadget show in Las Vegas this week to demonstrate that autonomous car technology is heading for prime time.

"It can happen today. The technology is more or less ready," said Amnon Shashua, chief technical officer of Mobileye, an Israeli company that makes computers to process information from car-mounted cameras that are increasingly sophisticated.

Legal and government policy issues remain, and computer controls haven't quite been perfected. Still, Shashua and others say it's reasonable to expect cars to take over more driving tasks from humans on the way to full automation in about five years.

In addition to the building blocks of autonomous driving, at least three automakers are rolling out new vehicles at CES, which is rapidly becoming a showcase for the auto industry. Volkswagen will show off a battery-powered Microbus that could go on sale in 2017, and General Motors will uncover the final version of its Chevrolet Bolt electric car with a 200-plus-mile range. Upstart electric car maker Faraday Future unveiled a futuristic concept race car.

Details will come later, but here are five areas to be featured at the Las Vegas show:

Radar, camera sensors and a remote-sensing technology called Lidar will help cars see their surroundings and decide what actions to take. One of the more important announcements will come from Quanergy, which will unveil low-cost solid-state Lidar, or lasers, that can see 360 degrees regardless of weather. Early self-driving cars had bulky globes on the roof with spinning Lidar sensors, costing around $70,000. Quanergy's Lidar eliminates the globe and cuts the cost to about $1,000 per car. Lidar works with three-dimensional mapping to help steer cars. Announcements about sophisticated mapping also are expected, including one from Detroit-area auto parts supplier Delphi.

A self-driving car needs technology that can make sense of the thousands of camera images and data from radar and Lidar. Companies such as Nvidia are working on artificial intelligence to decide how to handle the millions of situations a car will encounter. On Monday, the company unveiled a lunchbox-sized automotive supercomputer with the processing power of 150 MacBook laptops. The company says Volvo will be the first automaker to work with the computers. Nvidia says the computers will be able to see images, read street signs, spot pedestrians and process information better than humans. "It really shifts the game then to a software-defined vehicle," said Daniel Shapiro, Nvidia's director of automotive marketing.

Today's luxury cars have about 50 computers and run more than 100 lines of software code, more than a large passenger jet. But the wiring in cars is already strained and won't transfer data fast enough for advanced safety devices. Delphi will show off a new wiring architecture to handle 1,000 times more information, so cars won't be obsolete as soon as they leave the dealer. The technology will come to Audi vehicles first this year and handle radar and cameras for automatic emergency braking. But it also can integrate Lidar. Jeff Owens, Delphi chief technical officer, says data travels slowly on car networks now — inadequate for safety and other critical functions. "Literally every nanosecond counts," he said.

When benevolent hackers took over a Jeep Cherokee through its radio last year, the auto industry got nervous. At CES, parts maker Visteon is among companies that will show off infotainment systems that are better protected from hacking attacks. Visteon CEO Sachin Lawande says radios today don't even have a minimum level of security. His company's radios have codes in chips and use encryption to stop unauthorized applications. Yet the chips boot up in under 10 seconds, a requirement in autos.

LET THE CAR DO THE TALKING

It won't be long until the car can communicate with everything from a home thermostat to other cars and even the McDonald's drive through. Delphi is offering a phone cradle that lets the car transmit orders to a restaurant, while BMW and others will show off technology that controls home devices. There's also vehicle-to-vehicle technology coming. Visteon's will be able to communicate with cars ahead of you on a freeway to warn you of stopped traffic or hazards such as black ice.