On this day two decades ago, General Motors announced it would build an electric car, named EV1, to be introduced in the fall of 1996. 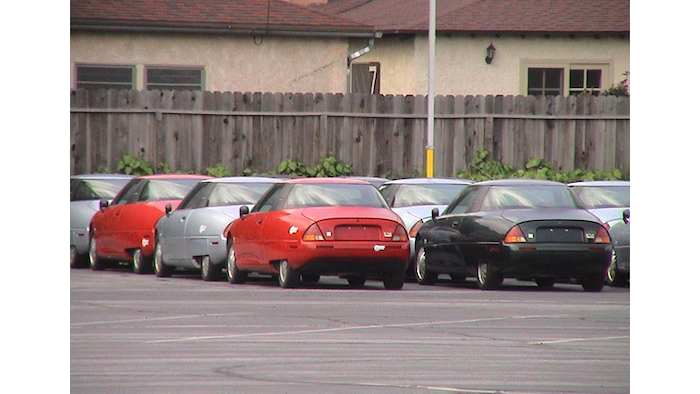 On this day two decades ago, General Motors announced it would build an electric car, named EV1, to be introduced in the fall of 1996.

The concept of electric vehicles had been around since the the dawn of the auto industry around 1900, but Ford's mass production of gas-powered vehicles trampled the electric car industry. In the 1970s, interest in electric peaked again due to a combination of the oil crisis and a growing environmental movement, but none that were developed gained traction.

GM produced the EV1 from 1996 to 1999, available only in Arizona and California, and by lease-only. In 2003 however, just after California had softened its zero-emission mandate the year prior, GM canceled the EV1 program, as did many other automakers with their electric car programs. In response to the news, outraged environmentalists staged a mock funeral at an LA-area GM facility.

Today, we are seeing another resurgence in the interest in electric vehicles in response to climate change as well as the introduction of new technology and, most importantly, consumer embracement. The industry seems to show promise, especially with the popularity of companies such as Elon Musk's Tesla and the mysterious Faraday Future, who will allegedly debut its first concept car in this week's Consumer Electronics Show held in Las Vegas.

Perhaps one of the most notable catalysts that drew consumers to electric industry to begin with is the Toyota Prius, which boasted a reputation as one of the cleanest cars in the U.S. as well as high fuel efficiency.