Wisconsin is just days away from joining the ranks of the nation's right-to-work states following a marathon legislative session that concluded Friday morning. 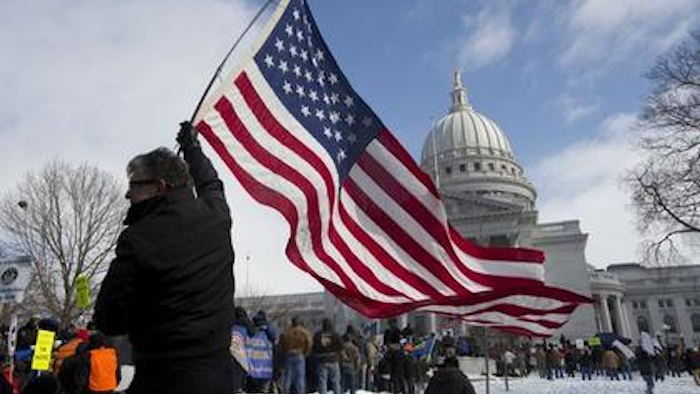 The state Assembly approved the bill along party lines, with 63 Republicans in support and 36 Democrats opposed. Republican Gov. Scott Walker vowed to sign the bill Monday.

With Walker's signature, Wisconsin will become the 25th state with a right-to-work law on its books; the law would prohibit membership in a union as a condition of employment, as well as automatic collection of dues.

Assembly Republicans defended the bill as an issue of worker freedom during the 24-hour floor session. They predicted the state's private-sector unions would not see dramatic changes if they provided services to their members.

"We’re fighting for every worker in the state to have their own personal liberty,” said Assembly Speaker Robin Vos.

Democrats, however, said it would hurt the middle class and ultimately suppress wages.

Wisconsin would join Michigan and Indiana among other Great Lakes states to enact right-to-work in recent years. The bill also represents another blow to organized labor in the Badger State, which enacted strict collective bargaining limits on most public employees in 2011.

Although union officials strongly argued against the bill as it moved through the Assembly and Senate, which passed the measure last week, the Capitol saw protests at only a fraction of the levels seen in 2011.