The Wisconsin state Senate passed "right-to-work" legislation late Wednesday, which moves the state one step closer to prohibiting membership in a union as a condition of employment. The bill passed by a 17-15 margin with just one Republican breaking ranks to vote against... 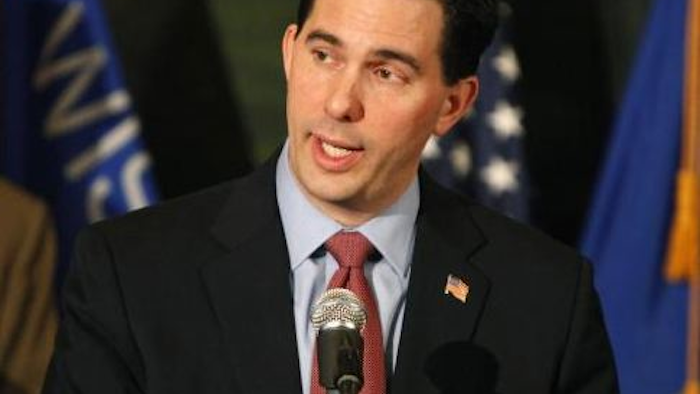 The Wisconsin state Senate passed "right-to-work" legislation late Wednesday, which moves the state one step closer to prohibiting membership in a union as a condition of employment.

The bill passed by a 17-15 margin with just one Republican breaking ranks to vote against the bill alongside minority Democrats. The state Assembly, which has a considerably larger Republican majority, is expected to pass the bill next week, and Republican Gov. Scott Walker—who long called the proposal a "distraction" from other priorities—indicated he would sign it.

Supporters said the bill would promote freedom in the workplace by establishing criminal penalties for requiring workers not involved in unions to pay dues. Proponents also argued the right-to-work standard would make the badger state more attractive to businesses.

"There will be no more important jobs bill in this chamber over the next two years than the bill before us today," said Senate Majority Leader Scott Fitzgerald.

Critics argued lawmakers shouldn't interfere with agreements between private-sector workers and management and predicted the law would suppress wages in the state.

"They are evaporating the middle class and no one in this room seems to care," said Sen. Dave Hansen.

The Senate vote followed labor rallies on the capitol grounds and interruptions from audience members that mirrored passage of anti-union legislation in 2011 when Republicans voted to curb the collective bargaining powers of Wisconsin public employees.

The vote also came in the aftermath of a contentious committee hearing on Tuesday. The Senate Labor and Government Reform Committee originally scheduled to vote on the bill at 7 P.M., but chairman Steve Nass, R-Whitewater called for an earlier vote citing a "credible" threat from union members to disrupt the proceedings. The early vote sparked outrage among the dozens of labor advocates in attendance.

“Giving workers the ability to say, ‘Yes, I see value in a union. I want to support them financially,’ or, ‘No I don’t,’ it’s just fundamentally fair,” said WMC’s Scott Manley.

A coalition of opposing businesses and executives, largely in the construction industry, lobbied against the bill citing its potential impact on the labor market and job training programs.

“I ask you: Why are you doing this to my company?” Jim Hoffman, owner of a construction company in western Wisconsin, asked committee members during Tuesday’s hearing.

Passage of the bill would make Wisconsin the 25th right-to-work state, and the latest Great Lakes state to adopt the standard. Michigan and Indiana previously passed right-to-work laws in 2012.