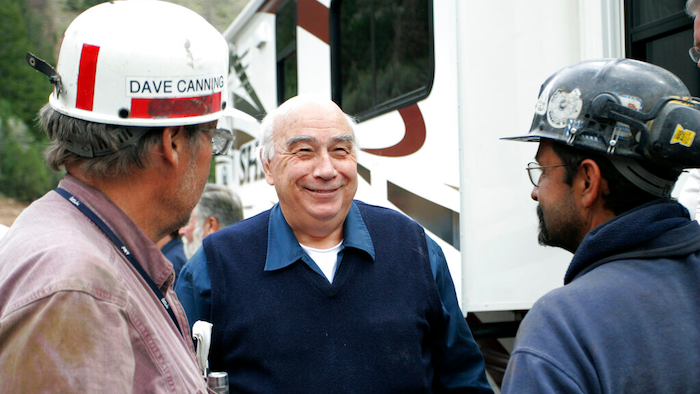 CHARLESTON, W.Va. (AP) — Robert Murray, the founder and former president and CEO of a major U.S. coal operator that recently emerged from federal bankruptcy, has retired as chairman of the company's board.

Murray ended a six-decade career by announcing his retirement Monday as board chairman of American Consolidated Natural Resource Holdings Inc.

“Throughout my life in and about coal mines and in our industry, I have given all that I had to our employees and their families to sustain their family livelihoods and jobs for the hard working people in our mining communities,” Murray said in a statement.

Murray started Murray Energy Corp. in 1988. The company’s Chapter 11 plan became effective last month when it completed the sale of its assets to an entity formed by former creditors.

When the bankruptcy filing was announced in October 2019, Murray was replaced as president and CEO of Murray Energy by Robert D. Moore. Moore also heads the new company, which has more than 4,000 employees.

Eugene I. Davis, who was elected ACNR's new board chairman, said the company celebrates Murray's “grit and determination.”

Murray fought federal regulations on the coal industry for years. His company filed an unsuccessful lawsuit in 2014 over regulations to cut the amount of dust in coal mines to reduce the incidence of black lung disease, saying they were overly burdensome and costly to the industry.

Murray himself filed an application with the U.S. Department of Labor this year for black lung benefits, saying he was heavily dependent on oxygen and is “near death.”

In a 2017 interview with The Associated Press, Murray, using an oxygen machine, insisted his lung issues weren’t coal-related but were due to “idiopathic pulmonary fibrosis.”

“It’s not from the mining. It’s a different disease,” he said.