Twenty thousand tons of diesel fuel were leaked into the ecologically fragile region. 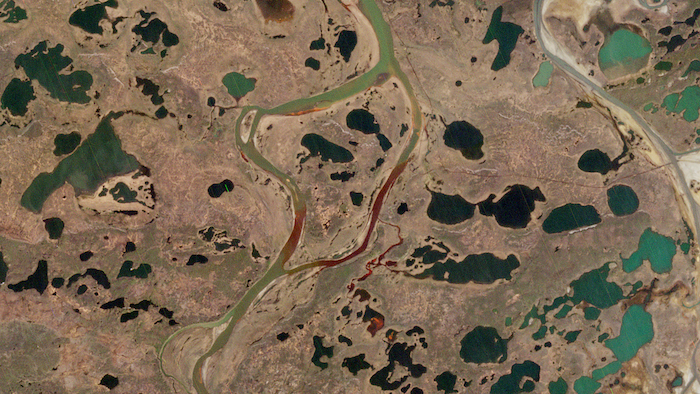 MOSCOW (AP) — Russian authorities have charged the director of an Arctic power plant that leaked 20,000 tons of diesel fuel into the ecologically fragile region with violating environmental regulations, a crime that could bring five years in prison.

Investigative Committee spokeswoman Svetlana Petrenko announced the charge against Vyacheslav Starostin on Monday and said an investigation into the May 29 leak is continuing. Much of the spilled fuel fouled waterways in the Norilsk region and there is concern it could affect wildlife or make its way into the Arctic Ocean.

Workers laid booms to block the fuel’s spread in the Ambarnaya River, a tributary of Lake Pyasino which in turn feeds a river that flows into the Kara Sea arm of the Arctic.

The head of Russia’s natural resources agency Rosprirodnadzor, Svetlana Radionova, has denied that any fuel has reached the lake.

But a regional inspector for the agency, Vasily Ryabinin, says the agency isn’t performing adequate tests and said it’s likely fuel has entered the lake.

“If a storm comes, (the fuel) will settle down on the banks and will slowly poison the ecosystem of Norilsk and Pyasino. The consequences won’t be immediate. It might also reach the Kara Sea,” he told The Associated Press. “I had said several times that we have to examine Lake Pyasino and then determine the location for tests.”

The power plant is operated by a division of Norilsk Nickel, whose giant plants in the area have made Norilsk, 2,900 kilometers (1,800 miles) northeast of Moscow, one of the most heavily polluted cities in the world.