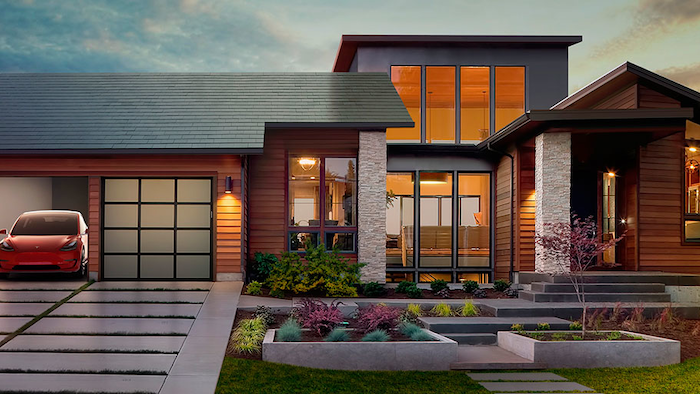 The electric vehicle and power system manufacturer made the announcement in its financial results for the fourth quarter of 2016.

Tesla CEO Elon Musk unveiled the company's solar roof in November. Musk and CFO Jason Wheeler wrote to investors last month that it was on track to launch in the second half of 2017 and that production, in partnership with Panasonic, would begin this year at a plant in Buffalo, N.Y.

Tesla's rooftop solar system, unlike conventional solar panels, is comprised of individual tiles with solar cells incorporated into them. The system is virtually invisible from the street, impact-resistant and will be available in four styles.

Musk introduced the solar roof just after Tesla's agreement with Panasonic and weeks before the company completed a $2.6 billion merger with SolarCity, where Musk also served as chairman.

The roof is designed to take advantage of SolarCity's solar panel installation expertise as well as Tesla's Powerwall system to store unused solar energy for nighttime hours or cloudy days.

Prices for the solar roof remained unavailable, but Tesla executives reiterated last month that the system would "last longer, look better, and cost less than a traditional tile roof plus the cost of electricity."

Giants such as Apple, Google, Microsoft and Coca-Cola are calling for dramatic emissions cuts by 2030.
Apr 13th, 2021
Follow Us
Most Recent