Study: Carbon Dioxide Can Be Converted Into Solid Rock In A Matter Of Months

A pilot program at an Icelandic power plant may have uncovered a practical method for capturing carbon dioxide emissions. 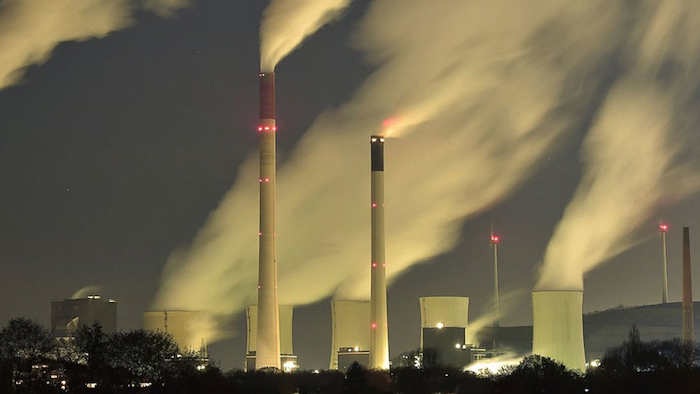 A pilot program at an Icelandic power plant may have uncovered a practical method for capturing carbon dioxide emissions.

In 2012, engineers at the Hellisheidi hydrothermal plant began pumping gas emissions from its volcanically heated water back underground, and a newly published study in the journal Science suggests that a natural reaction between carbon dioxide, water and basalt rock converted most of the gas into a chalky white mineral in less than two years.

Previous estimates believed that conversion could take hundreds, if not thousands, of years.

Carbon capture technology is considered essential to curbing the rise of greenhouse gas levels and global temperatures, but most current systems proved to be problematic. In addition, scientists worry that underground storage of carbon could leak back into the atmosphere, or worse, trigger tremors or explosions.

The process pioneered at Hellisheidi, however, would neutralize carbon dioxide gas almost entirely simply by combining it with large amounts of water in basalt, which covers about 10 percent of the earth's surface and nearly all of its seafloors.

Still, they described the rapid progress of the conversion as "a very welcome surprise."

“This means that we can pump down large amounts of CO2 and store it in a very safe way over a very short period of time,” said Columbia University hydrologist and study co-author Martin Stute.