While a crew worked Sunday to clean up the scene in Central Texas where the derailment of about a dozen train cars resulted in an industrial solvent leaking from one tanker, a train jumped its tracks in northern Colorado, dumping coal from more than two dozen cars. 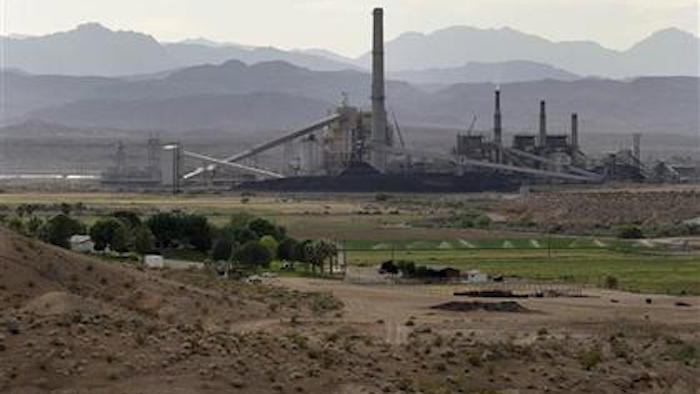 While a crew worked Sunday to clean up the scene in Central Texas where the derailment of about a dozen train cars resulted in an industrial solvent leaking from one tanker, a train jumped its tracks in northern Colorado, dumping coal from more than two dozen cars.

Spokesmen with BNSF Railway said Sunday it wasn't yet known what caused either derailment. No injuries were reported.

In Texas, the cars derailed Saturday evening near Valley Mills, a town about 25 miles northwest of Waco. Texas Department of Public Safety spokesman Trooper D.L. Wilson said that about four homes were evacuated as a precaution. Residents returned home around 9 p.m.

Wilson said they initially thought methanol was leaking, but later discovered it was dimethylformamide, which if inhaled can cause nausea and vomiting.

BNSF Railway spokesman Joe Faust says about 7,000 gallons of the flammable liquid spilled but it has been contained and poses no threat. He says the cleanup should be finished by late Sunday night.

In Colorado, the damaged tracks had to be shut down for repairs and cleanup. There was no timetable for when the track might reopen.

BNSF Railway spokesman Joe Sloan didn't provide an estimate on how much coal was dumped in the accident near Hudson, Colorado. At least 27 freight cars derailed and lost their cargo.