The Fukushima disaster, the worst since the 1986 Chernobyl explosion, revealed dire problems within the nuclear industry. 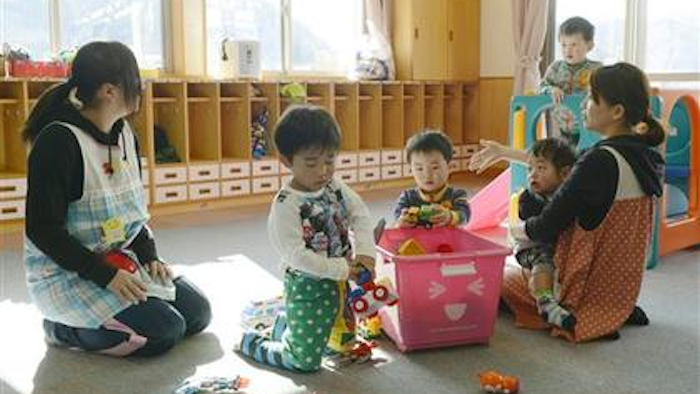 With the pull of a lever, control rods were lifted Tuesday from the reactor core at a plant in southern Japan, ending a ban on nuclear power following meltdowns at Fukushima in the northeast that forced tens of thousands of people to leave their homes, most of them for good.

Crowded, energy-scarce Japan remains committed to nuclear power despite the March 2011 accident at the Fukushima Dai-Ichi plant and its messy aftermath, for economic, environmental and political reasons.

Polls show that most Japanese don't want nuclear power, but public opinion has been trumped by leaders who say keeping the country's 43 workable reactors offline forever would be too damaging economically.

Nuclear plants had provided nearly a third of power generation before they were taken offline, so Japan ramped up use of coal, oil and gas to compensate. That has increased energy costs and slowed Japan's progress toward reducing emissions. Utility companies, meanwhile, face mounting costs from keeping nuclear plants idle.

"It would be impossible to achieve all these three things simultaneously: Keep nuclear plants offline, while also trying to curb carbon dioxide and maintain the same electricity costs," he said. "I hope to gain the public's understanding of the situation."

Former Prime Minister Naoto Kan was in office at the time of the 2011 Fukushima accident, which was triggered by a massive earthquake and tsunami that killed more than 18,000 people. On Tuesday, he stood shouting outside the gates of the Sendai plant, along with about 300 other protesters.

"Accidents are unpredictable; that's why they happen. And certainly not all the necessary precautions for such accidents have been taken here," Kan said.

The Fukushima disaster, the worst since the 1986 Chernobyl explosion, revealed dire problems within the nuclear industry, including lax contingency planning and inadequate precautions against tsunami, earthquakes and other natural disasters at some plants.

Water is still being pumped into the Fukushima reactors to prevent further meltdowns, and huge amounts of it, now radioactive, have leaked out of the damaged containment chambers and into other parts of the buildings. Some has leaked outside and into the sea. Meanwhile, removal of melted fuel from three of the plant's six reactors — the most challenging part of the 30-to-40-year cleanup process — will not begin until 2022.

But the country invested heavily in nuclear power to help alleviate its nearly complete reliance on imported fuel, and many communities rely on tax revenues and jobs associated with the plants. Though its nuclear fuel recycling program at Rokkasho, on the northern tip of the main island of Honshu, is stalled by technical problems, Japan also faces pressure to use up its stockpile of more than 40 tons of weapons-grade plutonium — enough to make up to 50 nuclear weapons.

After taking office in late 2012, Prime Minister Shinzo Abe rolled back a pledge by his predecessor's government to phase out nuclear power by 2030. The government's goal is to have nuclear power meet more than a fifth of Japan's energy needs by 2030, a target that would require 30 working reactors. Up to 18 reactors are needed to burn the plutonium stockpile.

The Nuclear Regulation Authority, itself restructured after Fukushima, affirmed the safety of the Sendai reactor and one other at the same plant last September, under stricter safety rules. The reactor that restarted Tuesday is expected to start generating power on Friday and reach full capacity next month. The second Sendai reactor is due to restart in October pending final approval.

Utilities are seeking approvals for restarts of 23 other reactors, including the second at Sendai. Two others are under construction. But many communities don't want their reactors back online, and experts say idled plants deteriorate quickly.

Even with little to no nuclear power, Japan has managed to avoid power rationing and blackouts. Industries have moved aggressively to avoid disruptions by installing backup generators and shifting to new sources, such as solar power.

Ultimately, nuclear power is a stopgap, medium-term solution for Japan's energy needs. Even if more nuclear plants are allowed to restart, many will soon reach their 40-year operating limits, with a maximum potential extension to 60 years, raising the issue of whether and how they will be replaced. Meanwhile, the disposal and security of nuclear waste are issues yet to be resolved.

While Abe and other officials say Japan's new safety requirements are the world's toughest, critics say this is untrue because evacuation plans are not mandatory requirements.

Tomas Kaberger, chairman of the Japan Renewable Energy Foundation, notes that the peak output of Japan's nuclear power industry was in 1998. Power companies have since pulled back from major new investments in atomic power due to rising costs and technical difficulties in operating the reactors, though Japanese manufacturers are eager to sell their nuclear equipment and expertise overseas.

"The problems for the Japanese nuclear industry started long before the Fukushima accident," he said.