A solar advocacy group has raised concerns about the decision of Kansas regulators to limit the group's input over a large utility's plan to boost rates and change its billing structure. 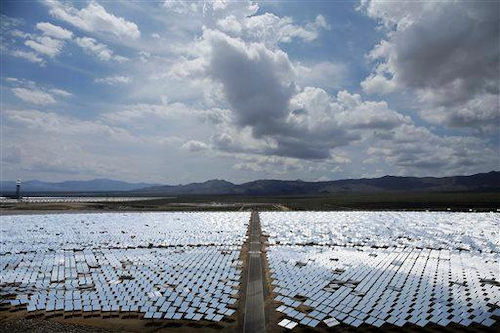 TOPEKA, Kan. (AP) — A solar advocacy group has raised concerns about the decision of Kansas regulators to limit the group's input over a large utility's plan to boost rates and change its billing structure.

The Kansas Corporation Commission issued a revised order allowing the Alliance for Solar Choice, which represents solar businesses, to be given partial access to proceedings over Topeka-based Westar Energy's plan to raise rates by $152 million. KCC said Wednesday that the solar group cannot provide expert witnesses, testimony or evidence regarding how much rates rise, but can be part of the second phase of the review involving details of new rate plans and a proposed utility-owned solar farm.

"There is no one who is standing up for solar right now," Nate Watters, spokesman for the national solar group, told The Topeka Capital-Journal reported.

Kansas had 2.5 megawatts of solar capacity in 2014 — enough to power 340 homes — which ranked the state 43rd in the nation for installed solar capacity, according to The Solar Energy Industries Association.

Westar, which serves 700,000 customers in eastern Kansas communities, has proposed a rate increase for the average household of $13 per month. Westar has said it needs more revenue to pay for retrofitting its La Cygne coal-fired power plant, make improvements at Wolf Creek nuclear power plant and begin upgrading equipment to trim power outages.

Westar has also proposed a new billing structure allowing customers the option of taking a flat service charge or a plan based on the customer's peak usage each month.

Solar advocates say implementation of those options could undermine economic incentives to install solar panels because cost savings to customers could be delayed.

The KCC's ruling on the Westar plan is expected by October.