Researchers from Northern Ireland this week announced the development of a new process to remove carbon dioxide from offshore natural gas. 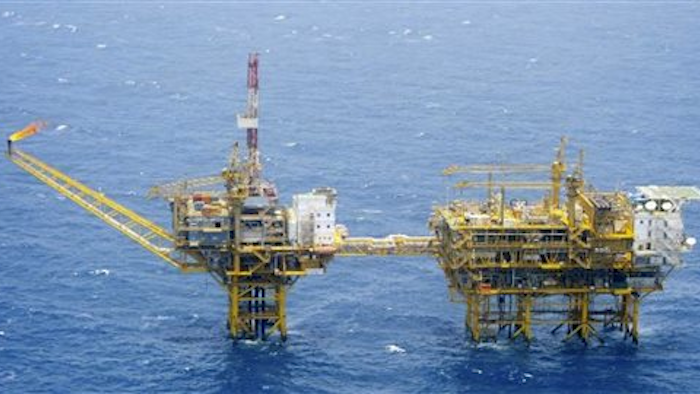 Researchers from Northern Ireland this week announced the development of a new process to remove carbon dioxide from offshore natural gas.

The study, published in the journal Green Chemistry, detailed how scientists from Queen’s University Belfast used a combination of water and ionic liquids — salts that are liquid in ambient conditions -- to more efficiently extract the carbon dioxide from undersea reservoirs.

Scientists said that the process could be used on offshore platforms or in processing plants instead of the volatile or corrosive materials currently used to purify natural gas. The extracted carbon dioxide could also be stored or repurposed.

"Using ionic liquids to remove the carbon dioxide from natural gas could have significant impact on the gas processing industry, particularly with the promise of using the carbon dioxide for enhanced oil recovery," said David Wassell, who led the university's research team. "It could make a significant contribution to reducing the environmental impact caused by this energy source."