The Obama administration is embarking on an unprecedented push to limit the amount of carbon pollution from the nation's power plants, and Nevada expects to find out this week how much it needs to reduce emissions. 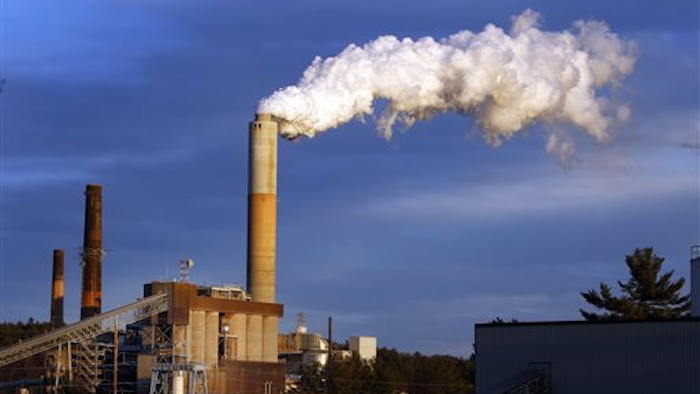 CARSON CITY, Nev. (AP) — The Obama administration is embarking on an unprecedented push to limit the amount of carbon pollution from the nation's power plants, and Nevada expects to find out this week how much it needs to reduce emissions.

While some Republican governors have vowed not to comply with the rules being set by the federal Environmental Protection Agency, Nevada Gov. Brian Sandoval's administration is largely on board with the goals of the Clean Power Plan.

"My position is there's no state better positioned to be able to comply with those standards," said Paul Thomsen, head of the Governor's Office of Energy. "We've been ahead of the federal government for some time. We think they won't have much of an impact."

Here are some questions and answers about the effort, which aims to cut carbon emissions from U.S. power plants by 30 percent from 2005 levels by 2030.

WHAT IS THE CLEAN POWER PLAN?

While the federal goal has already been set, the EPA is planning this week to release goals specific to each state, based on their resources and potential to switch away from fossil fuels to more clean energy sources. From there, states will have roughly a year to come up with a detailed plan to reach the EPA's benchmark.

HOW CLEAN IS NEVADA ENERGY?

About two-thirds of Nevada's net electricity generation comes from natural gas, while about 14 percent comes from coal and that figure is falling. Representatives from the Sierra Club environmental group said Nevada's strides to phase out heavy polluting coal-fired power plants and develop solar plants puts it in a better position than states such as West Virginia and Kentucky that get about 90 percent of their power from burning coal.

The Legislature passed a bill in 2013 to shut down southern Nevada's aging Reid Gardner coal-fired power plant by the end of 2017. Units at the plant are as old as 50, and the owners just struck a $4.3 million deal to settle claims that its coal ash sickened Moapa Paiute tribe members who live nearby.

The bill also called for Nevada to cut down coal-fired power generation by 800 megawatts by 2019, something NV Energy will accomplish by getting rid of its stake in the coal-fired Navajo Generating Station in Arizona.

Nevada has also seen homeowners install rooftop solar panels at a rapid pace, and several large-scale solar plants that are in the works are helping the cause.

Still, environmental groups aren't completely happy with NV Energy's current 15-year plan because it relies heavily on natural gas — a substance that produces about half the carbon dioxide emissions as coal but is not totally "clean."

WHAT ARE THE BENEFITS?

The overall goal is to limit the destruction of the ozone layer and curb climate change, but proponents are using more than just altruism to sell the plan.

The Sierra Club contends that moving to cleaner and more efficient energy sources will help companies save money on their power bills in the long term, even if it requires new up-front investment. They say the benchmarks laid out in the plan will help spur more energy development here in Nevada, reducing the state's need to import coal or gas from other states or countries.

Thomsen said the state stands to gain from the benchmarks because they will prod other states to buy more geothermal and solar power from Nevada.

WHAT DO CRITICS SAY?

Congressional Republicans have vowed to block the rule, bristling against perceived government overreach. Senate Majority Leader Mitch McConnell, who represents the coal-producing state of Kentucky, argued that the measure would put struggling coal miners out of jobs and drive manufacturing overseas to countries such as China that have worse records on pollution.

Opponents include Nevada Republican Rep. Cresent Hardy, who criticized "top-down, heavy regulation" and cited a study that predicted an average 15 percent electricity price increase over 16 years among 31 states that produce or depend more heavily on coal. Nevada was not included in the analysis, which was commissioned by the American Coalition for Clean Coal Electricity.

"Nevada should be free to safely, strategically develop a plan tailored to its unique energy resources, not be forced to hastily comply with some East Coast bureaucrat's demands," Hardy said in a statement.

WHAT ARE THE NEXT STEPS?

Once Nevada receives its benchmark from the federal government, the Nevada Department of Environmental Protection will spearhead an effort to come up with specific ways to meet the goal.

Thomsen said state officials have already talked with EPA officials about some of their concerns, including whether the EPA will give Nevada "credit" for the large quantity of solar energy it produces but exports to California. He said they'll be looking to see whether the new rules address those issues.