A lawyer for two men who claim to have found a World War II Nazi train says it's buried in the ground and might contain valuable minerals. 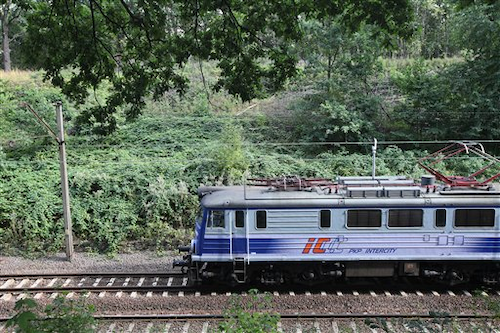 WARSAW, Poland (AP) — A lawyer for two men who claim to have found a World War II Nazi train says it's buried in the ground and might contain valuable minerals.

A gold rush has erupted in the southwestern Polish city of Walbrzych after the men told authorities they have located a war-time train there, possibly with valuables. A deputy culture minister said he is 99 percent sure the train exists, adding fuel to a local legend about a Nazi gold train hidden since 1945 in a tunnel in Walbrzych.

But lawyer Jaroslaw Chmielewski told TVN24 on Wednesday the train is buried in the ground and probably holds no valuables except some precious minerals.

Polish military experts who saw the site said it must be cleared of trees and shrubs before any inspection.