Highly radioactive water has overflowed from a storage tank at Japan's crippled nuclear power plant, but the operator said Thursday it did not reach the Pacific Ocean. 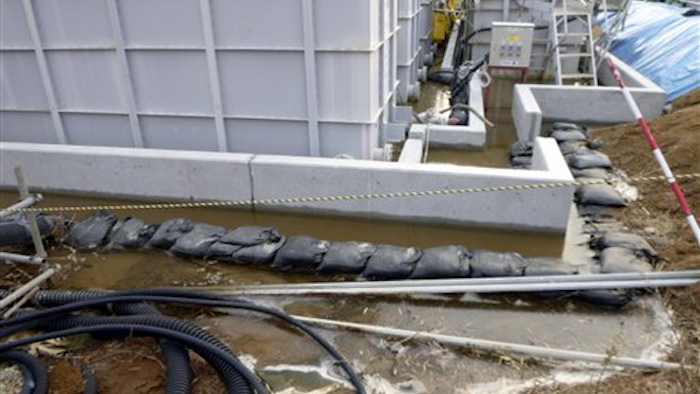 TOKYO (AP) — Highly radioactive water has overflowed from a storage tank at Japan's crippled nuclear power plant, but the operator said Thursday it did not reach the Pacific Ocean.

Tokyo Electric Power Co. said the leak involved partially treated water from early in the disaster at the plant, meaning it was more toxic than previous leaks. The cores of three reactors melted at the Fukushima Dai-ichi plant in 2011 following a massive earthquake and tsunami, and radioactive water has been stored in more than 1,000 tanks.

TEPCO said about 100 tons of contaminated water overflowed through a rainwater drainage pipe, and plant workers attached a garbage bag to contain the leakage. It said the leak stopped after workers closed the valves and the water did not escape into the Pacific.