Officials checking the presence of airborne radiation at an underground site in southeastern New Mexico where the U.S. government seals away low-grade nuclear waste say surface tests have detected no contamination. 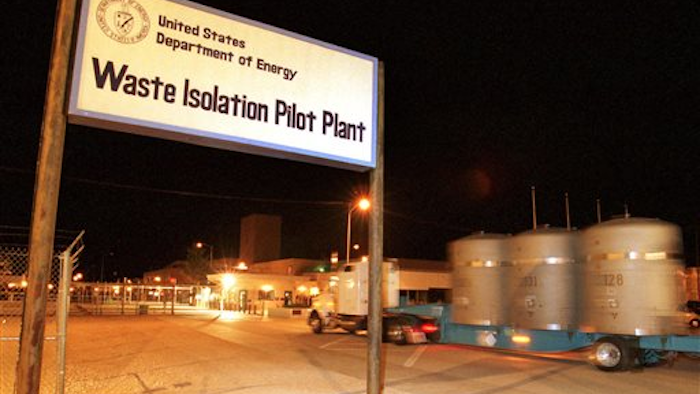 Samples were taken at several sites around the Waste Isolation Pilot Plant after an air monitor found radiation on the underground levels of the facility around 11:30 p.m. Friday, the U.S. Department of Energy said in a news release.

No workers were underground at the time and no injuries or damages have been reported. A fire at the site earlier this month prompted an evacuation.

"Monitors at the WIPP boundary have confirmed there is no danger to human health or the environment," the department said late Saturday night. "No contamination has been found on any equipment, personnel, or facilities."

Energy Department spokesman Roger Nelson said that the 139 workers aboveground at the site near Carlsbad were told Saturday to stay where they were as a precaution. None of them tested positive for contamination, and all non-essential personnel were released, Nelson said.

The surface samples show no contamination has been detected, implying the leak was "not significant," he said.

Nelson says the cause of the leak is not known yet. The devices that continuously monitor the air underground reached a threshold level that automatically switches the ventilation system into a filtered mode. He couldn't quantify the level it takes to trigger the monitors, but says they're sensitive. He says the monitors have been triggered in the past by radon fluctuations.

WIPP stores waste that emits alpha and beta radiation, which is in particulate form, so the risk is of inhalation not penetration, he said.

No one has been underground, and Nelson said he didn't know when that would happen.

"We are going to take measurements and make sure we understand it" before sending in a team, he said.

New Mexico U.S Sens. Tom Udall and Martin Heinrich said in a joint release that they are in "close contact with officials at the Department of Energy and WIPP, and we will continue to monitor the situation."

U.S. Rep. Steve Pearce issued a statement saying, "WIPP has acted quickly and cautiously to ensure the safety of personnel and the local community."

The incident comes 10 days after an underground truck fire at the plant prompted an evacuation. Six people were treated for smoke inhalation on Feb. 5.

Nelson said the fire was in a different part of the site, about 1,000 feet away, from where the radiation was found.

Asked if the incidents were related, he said, "I just can't think of a scenario where there would be a relationship."

WIPP is the nation's first and only deep geological nuclear waste repository. It takes plutonium-contaminated waste from Los Alamos National Laboratory and other federal nuclear projects.