US Bucks Trend Amid Increases For Clean Energy Research

The U.S. position at an international clean energy conference could allow other nations to seize the lead in tackling climate change. 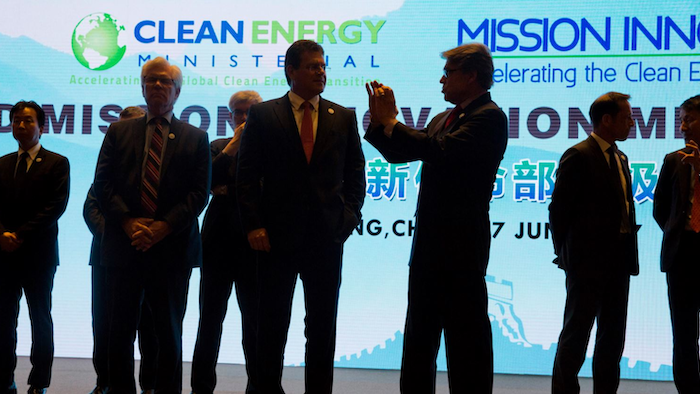 Energy ministers from around the world gathered in Beijing this week to report increased spending to help counter climate change. Yet one prominent voice, that of U.S. Energy Secretary Rick Perry, delivered a starkly countervailing message as the Trump administration seeks to roll back spending on clean energy and promote fossil fuels.

India, France, Norway, Canada, Australia, Japan and others said during a private meeting of ministers earlier this week that they were on track to double government research budgets.

When Perry's turn came, he said deep cuts to research in Trump's proposed budget reflected an increased understanding that developing new technologies into commercial projects should be left to private companies. The proposal must first pass through Congress.

"If you're going to have to prioritize where your dollars are going, early stage is where we're going to spend it," Perry said Friday when asked about his earlier comments. "Once (a new technology) has been proven up, we need to get out of the business." 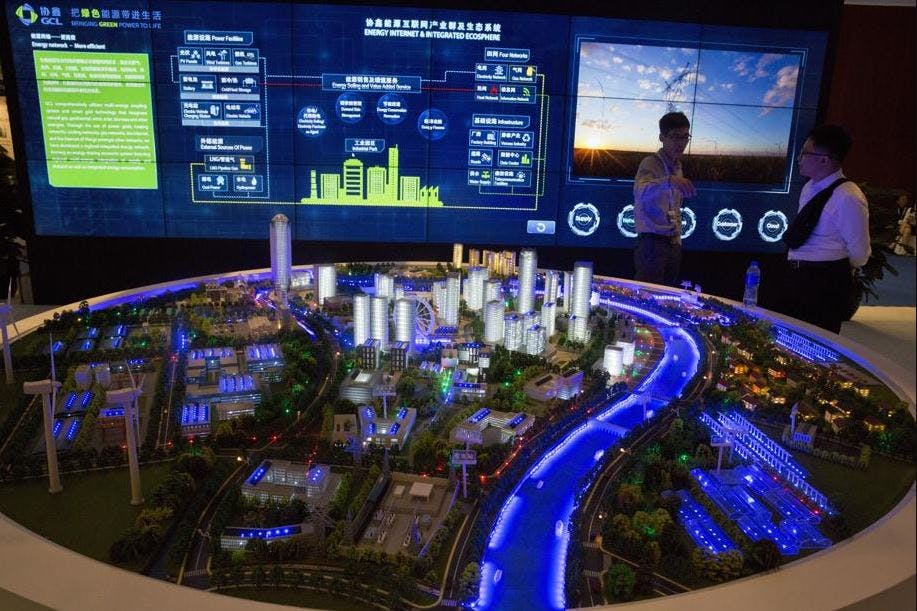 The approach he outlined marks a sharp departure from the past practice of ushering new technologies through to commercial deployment. It also illustrates a new reality emerging across the global energy landscape, where U.S. innovations long dominated.

That's opened the way for other large developing nations, especially China, to seize the mantle of leadership in tackling climate change.

"For us it's not a political issue but a moral and spiritual issue," Harsh Vardhan, India's minister of science and technology, told The Associated Press. "We are working for the future of our children."

Trump last week cast his decision to withdraw from the Paris climate accord in terms of economic self-interest. He warned American jobs would be transferred overseas if the U.S. remained in the agreement.

Renewable energy is widely seen as a major driver of future global growth and Trump was accused of fudging the figures on the agreement's economic impact and on its projected effects on reining in rising global temperatures.

The Republican's announcement drew a quick international rebuke and firm assertions from other nations that they would proceed with the agreement regardless of the U.S. position, a dynamic very much on display at this week's gathering in Beijing.

Energy ministers from Canada and the European Commission told an AP reporter they were disappointed in the U.S. decision on the Paris accord. Perry said he heard no such direct criticism.

The former Texas governor faces cuts across a range of programs in his new position, from a 70-percent reduction for renewable and energy efficiency programs, to a 50-percent cut for a program that includes research to reduce pollution from coal, according to an analysis by the American Association for the Advancement of Science.

Perry suggested during a Friday meeting with reporters that he would work with members of Congress to try to restore research spending.

And even without the Paris accord, he asserted that the U.S. can reduce climate-changing greenhouse gas emissions by promoting nuclear power, capturing carbon dioxide from coal-burning power plants and pursuing yet-to-be-discovered energy technologies.

One of the organizers of the Beijing event, Christian Zinglersen, head of the 23-nation Clean Energy Ministerial, said the spending reductions proposed by Trump were no reason to panic. Even before Trump took office, Zinglersen said developing countries had been taking on a bigger role to advance clean energy resources.

"It's a shift, not just on the contributions side but also in leading more of the work. That creates the need for others to step up," Zinglersen said.

Represented at the three-day meeting in Beijing were representatives of countries that emit 75 percent of global greenhouse gas emissions.

Among them India outlined its ambitious goal of having electric vehicles account for all new car sales by 2030. Mexico said it was spending $200 million on clean energy projects and efforts to scale up new technologies so they could be commercially deployed.

For China and India in particular, the motivation is not just battling climate change but also a more immediate desire to cut down on air pollution from burning coal, which is endangering the health of hundreds of millions of their citizens living in urban areas.

Zhang said China intends to make clean energy a "new growth point" in its slowing economic expansion. He singled out the U.S. for potential future cooperation.

However, Perry said the message he heard from Zhang was "come and compete."

"Competition is a good thing and the United States looks forward to the challenge," Perry said.