Tesla Says SolarCity Could Provide $1B In Revenue Next Year

Tesla is making its case that a merger with solar panel maker SolarCity would be financially as well as environmentally beneficial. 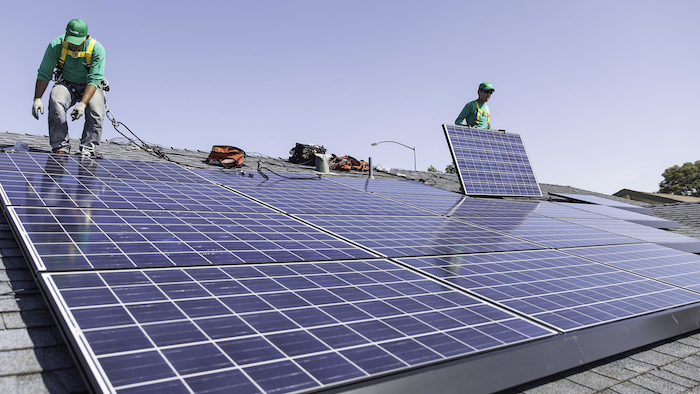 Tesla is making its case to shareholders that a combination with solar panel maker SolarCity Corp. would be financially as well as environmentally beneficial.

In documents released Tuesday, Tesla said SolarCity — the largest home solar panel installer in the U.S. — could add $1 billion in revenue to the combined company next year. That would be more than double the $400 million revenue SolarCity reported in 2015.

SolarCity also could add $500 million in cash to Tesla's coffers over three years. In the last 120 days, the company has raised around $1 billion to fund solar projects, Tesla said. Tesla currently has around $3 billion in cash.

But the merger is controversial. Neither company has achieved sustained profitability. Tesla reported a $22 million profit in the third quarter, but it was the company's first profitable quarter since 2013. SolarCity reports third-quarter earnings next week, but it lost $250 million in the second quarter.

Analysts also have questioned whether the deal could delay Tesla's first mass-market vehicle, the $35,000 Model 3, which is due out at the end of next year. Some shareholders have even sued, claiming that the merger is an attempt by Musk to use one company to bail out another. Musk owns 26.5 percent of Tesla and 22 percent of SolarCity, which is run by his cousins.

Tesla Motors Inc. shares fell 3.5 percent to close at $190.79 Tuesday before the financial details were released. They fell 1.4 percent in after-hours trading. SolarCity shares fell 2.7 percent to $19.07. They declined 3.5 percent after hours.

Tesla says the two Silicon Valley-based companies could cut $150 million in costs in the first year of a merger by jointly marketing Tesla's electric vehicles and power storage batteries with SolarCity's solar panels. The combined company would also have a wider reach, since Tesla has stores in the U.S., Europe and Asia but SolarCity mainly sells solar panels in the U.S.

Solar systems would be sold under Tesla's name. They would be integrated with Tesla's Powerwall, energy storage units for homes that are mounted on the wall or kept on the ground. They would also be used to power Tesla cars.

Musk said it will be "frustrating" if shareholders don't approve the deal. If the companies don't merge and Tesla is forced to keep SolarCity at arm's length, Musk said, it's hard to envision how Tesla stores could sell solar panels.

"Would you go to an Apple store and see six different cellphones getting sold?" he said.

Still, demand for the combined product is uncertain, and Tesla and SolarCity said Tuesday they have no data to back up claims that electric vehicle customers will inherently want solar panels. Plug-in electric vehicles make up less than 1 percent of U.S. sales, and less than 1 percent of U.S. electricity generation comes from solar power, according to government data.

Musk said one reason solar panels haven't become more mainstream is because they look bad. Tesla and SolarCity aim to change that. Last week, the companies unveiled what would be their first product: Solar roof tiles that are customizable and meant to look like a traditional roof.

"Unless you're going to beat a normal roof on aesthetics, why even bother?" he said. He said the roofs will be priced competitively, but didn't give exact figures.