The suit, filed Thursday, marks the first time the powerful trade group has taken the state to court over drilling rules. 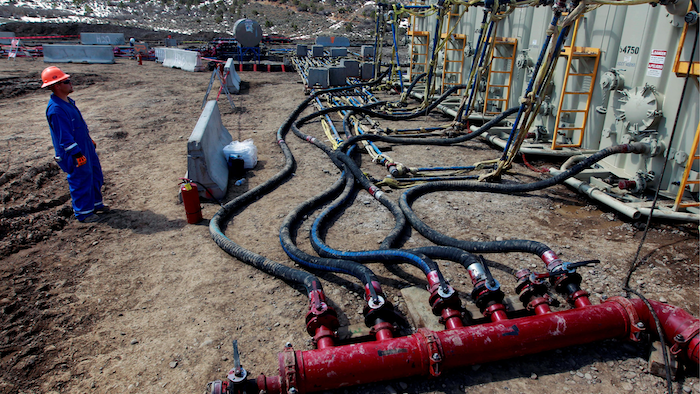 The natural gas industry in Pennsylvania is challenging new state regulations that govern surface development of shale gas wells, saying they threaten jobs and investment by adding up to $2 million to the cost of drilling a well.

Energy companies in the Marcellus Shale, the nation's largest natural gas field, filed suit against the Pennsylvania Department of Environmental Protection and the state's Environmental Quality Board over rules that took effect last week, calling them financially burdensome, vague and unlawful.

"The provisions we are challenging impose immediate harm to our industry because they affect our ability to operate and remain competitive," David Spigelmyer, president of the Marcellus Shale Coalition, said Friday in a conference call with reporters.

The suit, filed Thursday, marks the first time the powerful trade group has taken the state to court over drilling rules. It seeks to block enforcement pending a ruling on their legality. The regulations had been under development since 2011 and are the first major rewrite since energy companies began exploring the Marcellus Shale several years ago.

They impose more stringent requirements on wells drilled near schools, parks, forests and other public resources, strengthen standards for replacing or restoring water supplies polluted by drilling, and impact a range of surface activities, including waste processing, freshwater impoundments, pipelines and spill cleanup.

"These regulations are a long time in coming," Acting DEP Secretary Patrick McDonnell said in a statement last week, adding they "increase protection for public resources and water supplies, improve data transparency, enhance access to relevant information for the public, and help provide business certainty to the industry."

Pennsylvania is the nation's No. 2 gas-producing state after Texas. The state estimates the rules will cost the industry — which has been struggling amid persistently low gas prices — between $40 million and $70 million in the first year and up to $16 million annually after that.

A DEP spokesman did not immediately respond to a request for comment on the lawsuit, which was filed in Pennsylvania's Commonwealth Court.