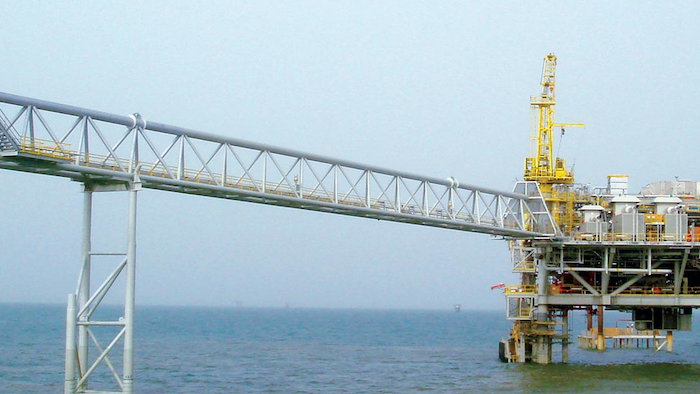 WARRI, Nigeria (AP) — Armed militants attacked a major Chevron oil and gas facility off Nigeria's southern coast, the military said Friday, and the U.S.-based multinational said it was forced to shut production there but its exports will continue.

"This is what we promised the Nigeria government. Since they have refused to listen to us, we are going to bring the country's economy to zero," a statement said, threatening more attacks including in Abuja, the capital, and Lagos, the commercial center.

Security forces launched an offensive this year after militants renewed attacks that forced the closure of two oil refineries and a major export terminal. President Muhammadu Buhari last week ordered military chiefs to the region and vowed to treat "vandals and saboteurs" as terrorists. The military has denied reports of extrajudicial killings but more than 10,000 civilians have fled the fallout.

Nigerian Navy spokesman Commodore Chris Ezekobe said Friday that the attack occurred Wednesday near Escravos terminal in the southern Niger Delta. He refused to comment on reports from witnesses that a security guard was killed in the attack. They spoke on condition of anonymity for fear of reprisals.

Chevron spokesman Deji Haastrup said the facility was shut down but would not say how much oil production is affected. "It will not affect our commitment to export crude," he said.

The militants want a greater share of oil profits for communities whose fishing and agricultural grounds have been ravaged by oil pollution. They also object to the government winding down a 2009 amnesty program paying 30,000 former militants. The amnesty ended attacks that cut Nigerian oil production by 40 percent.

Chevron is the third-largest exporter in Nigeria, which is Africa's biggest oil producer.