Walking Graphene Sheets Could Be The Key To Artificial Muscles

Graphene is very elastic and more than 200 times stronger than steel. 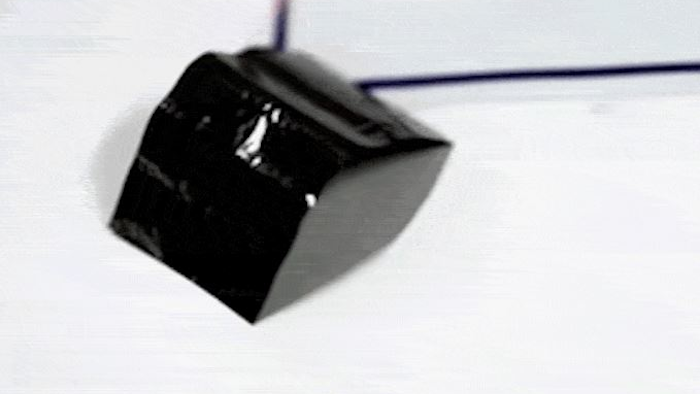 Scientists think they finally have the makings to create real-life Transformers — or, at the very least, create artificial muscles, micro-robots and more. This miracle material: graphene.

Graphene itself isn’t anything new; it’s simply a one-atom-thick layer of carbon. A few of its stand-out qualities include being very elastic, more than 200 times stronger than steel and, more recently discovered, the ability to “walk.”

Scientists from China’s Donghua University found that heating a sheet of graphene oxide-based paper with infrared light causes the material to contract, enabling scientists to create a self-folding box and a “walking” piece that squirms like an inch-worm.

Starting with sheets of graphene just one atom thick, scientists treated one side with graphene oxide-polydopamine that can absorb water molecules from the air. The other side is protected to ensure it is not affected by water vapor.

A light source provides enough heat to make the graphene oxide-polydopamine release its water, thereby shrinking. When that one side of the graphene paper shrinks, it pulls on the other side and creates a bend.

If only certain areas or bands of the graphene paper are treated, the process can create a paper hinge. Manipulating light intensity and the areas exposed to light can further vary the effects, making the paper turn.

Perhaps one of the most interesting experiments the Donghua University team did with the material was to create a paper hand that could grasp and support objects up to five times heavier than the paper.

The researchers hope this chemical manipulation will prove useful in creating artificial muscles for robots, with the potential to scale up or down. Other uses include self-folding solar panels and integration into machinery.