Friday's fall was the latest indicator of a vast shift in the energy landscape. 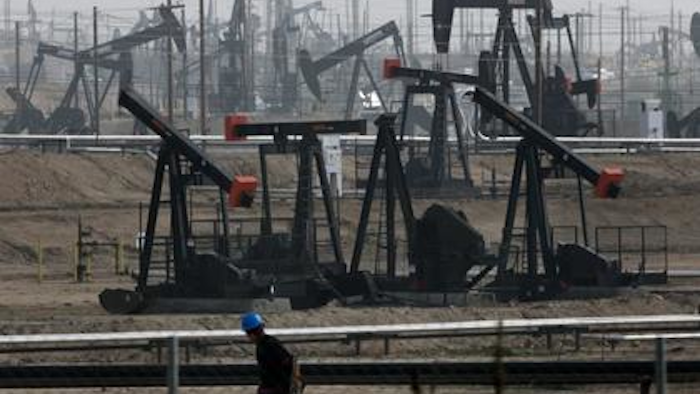 A barrel of U.S. crude fell below $40 per barrel for the first time since the end of the global economic crisis.

Friday's fall, to $39.86, was just the latest indicator of a vast shift in the energy landscape.

Oil prices have been falling solidly for eight consecutive weeks. That's the longest streak since 1986.

Prices have fallen almost 60 percent since this time last year, and more than 34 percent in just the past three months.

The U.S. is churning out oil at an unprecedented pace, adding to the supply from energy powerhouses like Saudi Arabia and other OPEC nations. Production in the U.S. averaged 9.4 million barrels in the four weeks ending Aug. 14, up nearly 11 percent from just a year ago, according to data released this week by the Energy Department. U.S. oil held in storage has reached levels not seen in at least 80 years.

Adding to the downward pressure on oil prices is a steady drumbeat of economic data out of China suggesting that the world's second largest economy is slowing. Data released Friday showed a further contraction in China's manufacturing sector and it sent ripples through global stock markets.

The world's biggest oil producers are getting hit by falling prices and pessimism about China and other economies that have not recovered from the recession like the U.S. has.

Almost all energy companies, from Exxon Mobil to BP Plc., have cut spending on exploration or they have cut jobs, often both. Over the past 12 months, Chevron shares have lost nearly 40 percent, while Exxon shares are down 26 percent. Companies that primarily drill for oil onshore in the U.S. such as Continental Resources, have suffered even steeper declines.

Gasoline is averaging $2.63 a gallon, down 81 cents from a year ago. Analysts say gas prices could drop below $2 a gallon in many areas of the country later this year.