Diesel For Harvest Might Be Adequate With Drilling Slowdown

The oil industry replaced agriculture a few years ago as the biggest user of diesel in North Dakota. 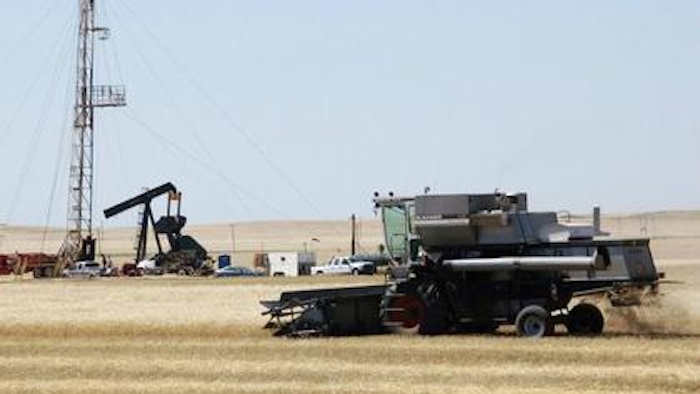 The slowdown in North Dakota's oil patch should help keep fuel supplies adequate for the state's fall crop harvest due to the dramatic drop in the number diesel-thirsty drill rigs, officials say.

The harvest, which already has begun for some crops, often spurs diesel shortages for farm machinery in the Upper Midwest. The problem was particularly acute in North Dakota in recent years because of the oil drilling activity in the western part of the state.

"I have not heard of anything anybody is concerned about," said Watne, whose group has about 41,000 members in North Dakota.

Dawna Leitzke, director of the South Dakota Petroleum Marketers Association, said an expected "phenomenal harvest" this fall puts the odds of a diesel shortage in that state "at better than 50 percent" and petroleum dealers may look to North Dakota for relief.

"If there is not a supply, marketers will drive wherever they can to get it," she said.

The oil industry replaced agriculture a few years ago as the biggest user of diesel in North Dakota. State Tax Department records show that diesel fuel consumption in the state has nearly doubled to more than 925,000 gallons annually since 2008, when its oil boom was in its infancy.

North Dakota's seven coal-fired power plants and lignite mines also are big users of diesel. But it's the equipment supporting the drilling in the Bakken and Three Forks shale formations in North Dakota that are the biggest guzzlers.

It takes about 3,000 gallons of diesel each day to power one drill rig. On Tuesday, there were 73 drill rigs working in the state, which is 120 fewer than a year ago. The drop is due to depressed oil prices.

"That tells me that diesel should be available somewhere," Rud said.

North Dakota gets most of its diesel from refineries in-state as well as those in neighboring Montana and Minnesota, Rud said. Diesel production in the region has increased to meet demand, he said.

"The refinery is a long-term investment and we have a long-term view on the operation of that facility," Rasmussen said. "Demand patterns are going to fluctuate over the long term with oil production."