Decades After Being Banned, DDT Still A Potential Health Risk

The findings raised concerns about risks for women born during the DDT era. 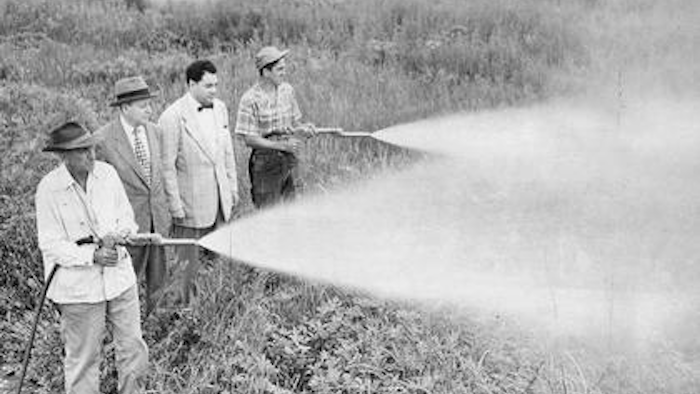 A study released this week linked pre-natal exposure to a long-banned pesticide to an increased risk of breast cancer decades later.

California researchers studied 9,300 women born between 1959 and 1967, which coincided with the widespread use of DDT in the U.S. Of those, 118 developed breast cancer by age 52.

“Environmental chemicals have long been suspected causes of breast cancer, but until now, there have been few human studies to support this idea,” said Barbara Cohn, the study's author and a researcher at the Public Health Institute in Berkeley.

The findings raised concerns because women born during the DDT era are approaching ages with higher risks for breast cancer. DDT is also linked to a variety of other health issues, including Alzheimer’s disease and obesity.

The study, published in the Journal of Clinical Endocrinology and Metabolism, said 20 percent of the daughters with breast cancer also had a mother with the disease compared to a rate of just 4 percent in the study's controls.

The disparity could indicate that genetics played a larger role than DDT exposure, but Jenny Singleton, a psychology professor at Georgia Tech whose mother was included in the study, told NBC News that both were diagnosed with breast cancer despite tests which showed she did not have a gene mutation associated with the disease.

"I grew up in urban Oakland, but my mother grew up in Riverside where in those days was farm country with huge orange fields," Singleton said.

The U.S. banned the U.S. of DDT in 1972 — largely over concerns about its impact on wildlife — but the chemical remains in use in other parts of the world.