State media have reported that investigators found as much as $160 million in cash at the home of Wei Pengyuan, deputy chief of the coal bureau. 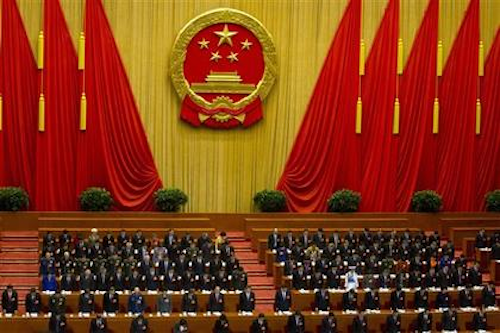 The Supreme People's Procuratorate said Wednesday that it has placed restrictions on the movements of Hao Weiping, chief of the nuclear power bureau, and Wei Pengyuan, deputy chief of the coal bureau.

State media have reported that investigators found as much as 1 billion yuan ($160 million) in cash at Wei's home.

The investigation comes a year after the director of the energy administration, Liu Tienan, was fired over corruption allegations. An investigation of Liu is continuing.

Chinese President Xi Jinping has made it a hallmark of his administration to fight corruption, which he says threatens the survival of the ruling Communist Party.