A Chinese company said Tuesday that four of its workers died last week in riots in Vietnam triggered by China's deployment of an oil rig in disputed seas. 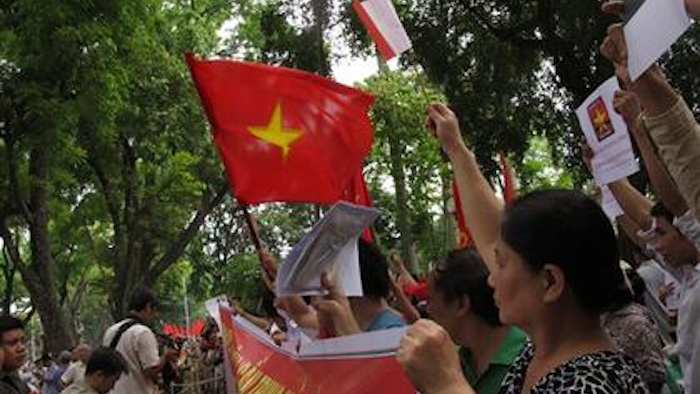 BEIJING (AP) -- A Chinese company said Tuesday that four of its workers died last week in riots in Vietnam triggered by China's deployment of an oil rig in disputed seas.

The Chinese and Vietnamese governments, which have reported two deaths, were not immediately available to confirm the report that China Metallurgical Group Corp. filed with the Shanghai Stock Exchange.

The state-owned Chinese company said 126 other workers were hurt, including 23 who were seriously injured, in the May 14 violence at Ha Tinh, where the company is contracted to build a steel plant for Taiwan's Formosa Plastics Corp.

The Chinese company did not identify the victims or their nationalities. It said DNA testing was being used to identify two of the dead.

It said most of its employees were evacuated from Vietnam following the violence.

China and Vietnam claim overlapping parts of the South China Sea. Their longstanding tensions over the claims erupted May 1 when Beijing deployed a large oil rig close to the Paracel Islands, which are controlled by China but claimed by Vietnam. Hanoi immediately sent ships to confront the rig. They are now locked in a standoff with Chinese ships protecting the rig, raising fears of a possible clash.

CMG said it had evacuated most of its 3,565 employees in Ha Tinh as well as hundreds of other Chinese nationals working in Vietnam.

The first batch of 307 people were evacuated by plane on May 18, and four ships carrying 3,567 Chinese nationals left Vietnam's Vung Ang Port by Monday evening for China's Haikou port, the company said.