2 Groups Back Away From Plan On NM Power Plant

Two of the half-dozen organizations that endorsed a utility's plan to shut down half of a coal-fired power plant in northwestern New Mexico are pulling out. The Albuquerque Journal reports that Renewable Energy Industries Association... 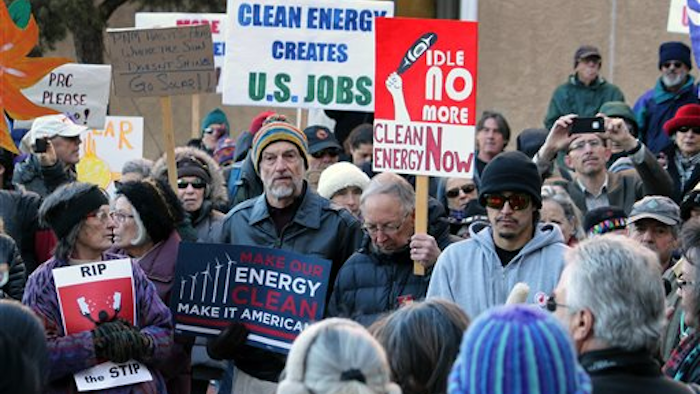 Two of the half-dozen organizations that endorsed a utility's plan to shut down half of a coal-fired power plant in northwestern New Mexico are pulling out.

The organizations say the cost of PNM's plan for the San Juan Generating Station appears greater now. They also cite the Farmington Electric Utility System's decision against a planned purchase of additional power from the plant.

According to the executives, clerical errors in tabulating coal prices could add $367 million to ratepayers' costs over 20 years.