Ongoing negotiations between the U.S. and EU for the Trans-Atlantic Trade and Investment Partnership (TTIP) have been become controversial, particularly on the other side of the Atlantic. Many Europeans have voiced  concerns that the new agreement will lower the EU’s standards for environmental... 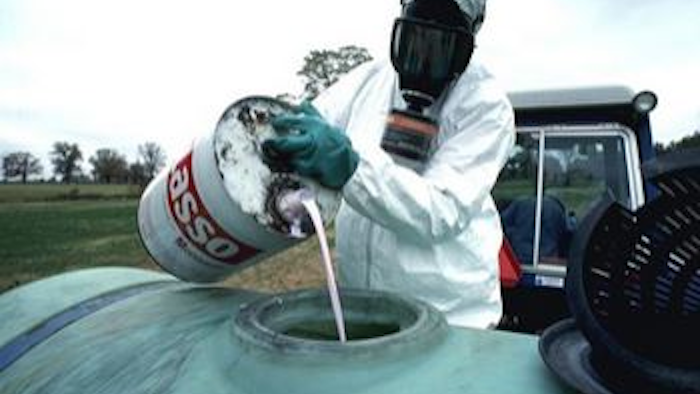 Ongoing negotiations between the U.S. and EU for the Trans-Atlantic Trade and Investment Partnership (TTIP) have been become controversial, particularly on the other side of the Atlantic. Many Europeans have voiced  concerns that the new agreement will lower the EU’s standards for environmental and food safety, and a new report by the Center for International Environmental Law (CIEL) takes aim at just that — saying that proposals for TTIP could translate into more pesticides making their way into EU food markets.

In its report, “Lowest Common Denominator: How the proposed EU-US trade deal threatens to lower standards of protection from toxic pesticides,” CIEL analyzed proposals put forth by lobbyist groups CropLife America and the European Crop Protection Agency (ECPA), who represent the interests of companies such as Bayer, Dow, DuPont, Monsanto and Syngenta.

CIEL’s bottom line is that the proposals put corporate interests ahead of public safety in numerous ways.

One of the over-arching goals of TTIP has been to bring regulatory consistency between the world’s two biggest economies, making rules more streamlined and easier to implement. When it comes to pesticides, CropLife and ECPA’s proposals seek to alter the EU’s regulatory approach to make them more like regulations in the U.S. — which CIEL says will weaken protections for consumers.

Currently, 82 pesticides that are banned in the EU are allowed in the U.S. Among the banned pesticides are carcinogens, endocrine or hormone disrupting chemicals and developmental toxins.

More pesticides are banned in the EU is because the region has historically adopted “hazard-based” policies, meaning that they believe if a chemical is intrinsically risky — the banned pesticides have been linked to adverse health effects such as infertility and various cancers — exposure to it should be limited.

Meanwhile, the U.S. has been more reluctant to impose strict bans, instead taking a “risk-based” approach, which bases regulations on risk assessments for each chemical.

Janet Collins, the senior vice president of science and regulatory affairs at CropLife, told Chem.info that the proposals are indeed meant to reconcile those fundamental philosophical differences.

“We know that anything in excess could have a health consequence, so in the U.S. we look at what the compound is, how it’s going to be used and what risk there is for inappropriate harm to humans and animals,” she said.

CropLife and ECPA have argued that, “without science-based risk assessment as the unified basis for pesticide regulation, any additional requests for regulatory convergence are unattainable.”

And contrary to CIEL’s analysis, Collins says the proposals will not impact food safety.

“I think any concerns [about safety] are overstated,” she says. “Using our system [in the U.S.] would not make you any less safe than using theirs.”

It’s worth noting that in both parts of the world, there is wiggle room for pesticide users. According to CIEL’s report, as of October of 2012, “more than 65 percent of active pesticides products in the U.S. have been conditionally registered, meaning they did not have adequate information for a complete risk assessment when allowed for use.”

Loopholes also exist in the EU, where banned pesticides are given a second chance for approval, and allowed for use in some instances, including “emergencies.”

In addition to the concerns for weakening regulations on pesticides, CIEL also says that CropLife and ECPA proposals could “obstruct efforts to save bee populations, risking irrevocable damage to the quality and quantity of food supply; block access to information that is vital to developing non-toxic alternatives; and install a ‘regulatory ceiling’ hampering global pesticide regulation.”

Opposition to TTIP in Europe for these and other reasons — including concerns that it could lead to public services being privatized, mass unemployment and a loss of local economic sovereignty — have been fierce, prompting large demonstrations across Europe. In December, an online petition against TTIP drew more than one million signatures.

But supporters of the agreement say it will be a boon for both economies. Some have estimated that it could provide millions of jobs, and generate economics gains of $130 billion in the U.S. and $162 billion in Europe.

If ratified, TTIP could be especially beneficial for the chemicals industry. In 2012, chemicals trade between the EU and U.S. totaled more than $50 billion, and any reduction in regulatory barriers is bound to generate a significant boost in U.S. export growth, especially for natural gas.