Two cities near Kansas City are considering making more use of solar energy, a trend that energy industry experts say is growing in the Midwest as costs to install facilities decline. Solar energy firms have been wooing Sugar Creek and Independence to build solar farms to replace carbon-based... 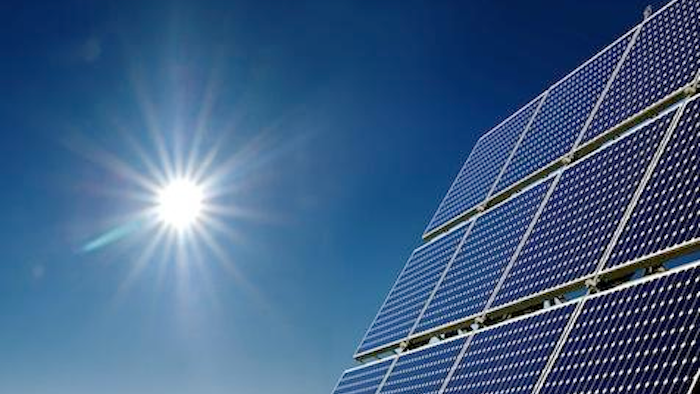 Two cities near Kansas City are considering making more use of solar energy, a trend that energy industry experts say is growing in the Midwest as costs to install facilities decline.

Solar energy firms have been wooing Sugar Creek and Independence to build solar farms to replace carbon-based facilities, The Kansas City Star reported. Independence officials asked for proposals from energy developers last month, and Sugar Creek already has an agreement with one company.

If plans move forward, the two cities would join a number of Missouri municipalities that have opened solar farms.

Springfield's City Utilities solar farm started generating power last summer, and an Ameren Missouri facility near St. Louis opened in December. MC Power Companies of Lee's Summit opened a utility-grade farm near Butler and has plans for others in Macon and Trenton.

"The dropping costs are making solar more of an option in the Midwest, where it has been slower to take hold," Machala said.

Independence plans to close one coal plant that opened 1901 and convert a second to natural gas. So far, Independence City Manager Robert Heacock said, the city has heard from developers "from across the country."

Officials in Sugar Creek hope to open the solar plant at the former site of an oil refinery, which required a lengthy environmental cleanup and led to lawsuits claiming the pollution led residents to develop cancer and other health issues.

"It would be a phenomenal reuse of that property," Sugar Creek Mayor Matt Mallinson said. "Every city should be working prudently towards sustainability. It's the right thing to do."

Sugar Creek declined to identify the developer it plans to partner with while the company searches for additional customers.

But Mallinson said a solar farm could be up and running within 1½ years if enough consumers are found.