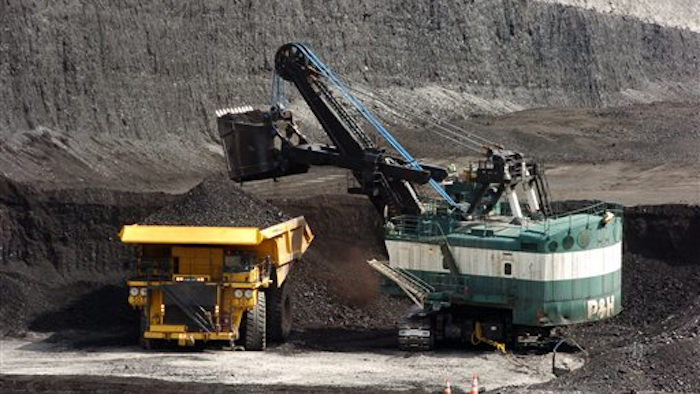 Montana tax authorities were expected to argue Tuesday before the state Supreme Court that a Wyoming mining company owes $3.4 million for selling coal to affiliated companies at less-than-market prices.

State officials say Cloud Peak Energy company undervalued the coal it sold to two affiliates between 2005 and 2007 and paid too little in taxes as a result.

Selling coal through affiliates is a common industry practice that's come under scrutiny as state and federal regulators investigate whether companies are underpaying royalties on coal sold in the U.S. and abroad.

At issue in the Montana case is whether coal should be valued for tax purposes at the time the fuel is mined and shipped or when a sale is negotiated.

Cloud Peak has argued that coal sales to an affiliate should be valued by comparing them to other sales made at the time the agreement with the affiliate was reached.

State Judge Jeffrey Sherlock last year ruled in favor of Cloud Peak, and the state appealed to the Supreme Court. Sherlock said "the date of the contract is the better metric of market value — it is the 'actual sale date' more than the date when the coal is loaded onto a train."

Attorneys for the state Department of Revenue say coal values should be compared to sales to non-related companies at the time the coal is mined.

Cloud Peak's case involves coal sales that predate the recent spike in exports. But a decision in the state's favor could have broad implications for how such sales are taxed.

"It very well could impact all those other sales as well," Department of Revenue Deputy Director Gene Walborn said. "We're in the process of reviewing those contracts with other producers."

Montana officials said taxes, interest and penalties were owed on sales from Cloud Peak's Spring Creek strip mine near Decker, a 260-worker operation that dug up more than 12 million tons of coal last year. State officials wanted the company to pay an additional $1.9 million in taxes, $1.2 million in interest and $232,000 in penalties for the three years.