North Sea Brent crude oil prices have remained under the symbolic $100/barrel level since September 5, falling to $94.13/barrel this afternoon, the lowest level in more than two years. Prices have declined almost $21 (18%) from the 2014 daily peak of $115/barrel on... 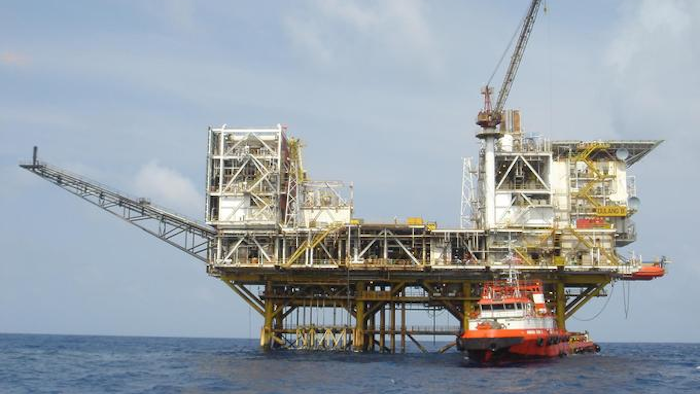 North Sea Brent crude oil prices have remained under the symbolic $100/barrel level since September 5, falling to $94.13/barrel this afternoon, the lowest level in more than two years. Prices have declined almost $21 (18%) from the 2014 daily peak of $115/barrel on June 19. Prior to this decline, average monthly Brent spot prices traded within a narrow $5/barrel band from $107 to $112 per barrel for 13 consecutive months through July 2014. During this time of record-low price volatility, substantial disruptions to OPEC supply were offset by increases in U.S. production and weaker-than-expected non-U.S. global demand. More recently, however, the return of Libyan oil production to the market, combined with the weakening outlook for global oil demand, has put downward pressure on prices.

The return of significant Libyan crude oil production - which has surpassed market expectations in both volume and longevity - has been an important contributor to downward pressure on Brent prices. Despite the deterioration of the security situation in Libya, with the internationally recognized government having fled the capital, crude oil production increased from 200,000 barrels per day (bbl/d) in June to almost 900,000 bbl/d by mid-September. Last week, violence shut production at Libya's largest oil field, reducing total Libyan production to around 600,000 bbl/d, though initial reports indicate the damage was not extensive and the Libyan National Oil Corporation reported production had resumed Tuesday, returning to almost 800,000 bbl/d.

While the return of significant Libyan production has been an important factor putting downward pressure on the Brent price, weakening demand, particularly in Europe and Asia, is also important.

Economic growth in 2014 outside of the United States has been slow, and some recent data releases appear to confirm lower-than-expected growth, particularly in Asia and Europe. China, the largest contributor to forecast increases in global petroleum demand this year, reported that industrial production has risen at the slowest pace since 2008. Further, Chinese oil demand earlier this year appears to have been supported by the purchase of strategic crude oil stocks rather than by oil use related to economic growth. In Europe, the OECD has reduced expectations for economic growth through 2015 after data showed second quarter 2014 GDP contracted in Germany and Italy and stagnated in France. In addition to the weaker economy, which has been the primary factor weighing on crude demand, European refineries are facing increased competition from U.S. and Russian refineries, causing them to reduce utilization rates and demand for Brent crude.

Near-term seasonal market conditions are also affecting crude demand, as substantial refinery turnarounds in the United States, Europe, and Asia take place in September and October, reducing demand for crude. The International Energy Agency expects global refinery crude inputs to decline by 1.4 million bbl/d in September and an additional 1 million bbl/d in October before recovering in November and December.

The combination of added Libyan production, weakening global economic conditions, and seasonally low demand, each significant in its own right, has caused Brent prices to decline below the narrow band in which it has traded and has helped push near-term prices below longer-term prices (contango), which typically signifies weak near-term market fundamentals, encouraging inventory builds.

There are many factors that could alter the current oil market landscape. Seasonal refinery maintenance should be completed before the end of the year and, as a result, demand for crude should increase. On the supply side, there remain significant geopolitical risks, including heightened tensions, and in some cases open warfare, in key producing regions. In addition, Saudi Arabia, which recently cut production by 400,000 bbl/d, could make further production cuts. Earlier in 2014, near-record Saudi production had helped offset high levels of OPEC supply disruptions, but the return of significant Libyan production partially alleviates the need for those barrels. Additionally, the end of Saudi peak seasonal demand for summer power generation frees up crude that was previously being used domestically, lowering the impact of reduced production on Saudi crude exports.