A new era of ethanol fuel production will begin in the next few months as Iowa refineries begin full operation using materials other than corn kernels. Iowa, the nation's top ethanol producer, has two major cellulosic plants under construction ... 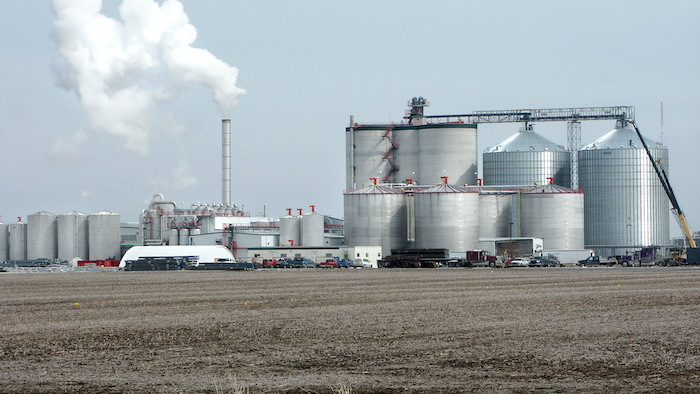 A new era of ethanol fuel production will begin in the next few months as Iowa refineries begin full operation using materials other than corn kernels.

The first to go online, called Project Liberty, will hold a grand opening with public tours on Sept. 3. It is among the first facilities of its size in the United States to begin making ethanol from plant material.

The $250 million plant in the northwest Iowa city of Emmetsburg will produce 25 million gallons a year when fully operational.

Cellulosic ethanol is made from the woody and fibrous parts of plants, including corn cobs, stalks, leaves and other residue. It's more difficult to work with than corn kernels because scientists had to figure out a way to break lignin — the tough fibers that plants have developed through evolution to make stems, trees and corn stalks stiff — from the cellulose. They must then extract the plant's sugars and convert them into ethanol.

It has taken the industry decades of research and billions of dollars to develop the process.

The industry has promised in recent years that commercial production was near and the government continued to include cellulosic ethanol in its required renewable fuels standard each year, only to find the industry wasn't ready to make it in large quantities. Naysayers cast doubt on whether cellulosic ethanol was even possible.

"People said this would never happen, that it's not real so certainly to the outside world, to the government and lots of others it's proving that it's real," said Steve Hartig, general manager for licensing at Poet-DSM Advanced Biofuels, which is building the plant. "It's a huge step but still a very early step."

To provide the feedstock for the plant, farmers will take about 20 percent of corn residue from fields within a 40-mile radius of the plant. They'll bale it and deliver it as needed to the plant site and be paid $65 to $75 per dry ton. The plant will use 770 tons of corn cobs, leaves, husks and stalks daily.

The U.S. Department of Energy provided $100 million in grants and the state contributed about $20 million for engineering and construction costs through tax credits and job training funds.

The plant is a joint venture of Sioux Falls, South Dakota-based ethanol-maker POET and Royal DSM, a biotechnology company based in the Netherlands.

Another plant also using corn residue is expected to open late this year at Nevada, in central Iowa. The $225 million DuPont plant will have the capacity to make 30 million gallons of cellulosic ethanol a year.

"They're sort of the pioneer plants that if they can show that this is viable then I think there will tend to be an explosion of cellulosic type plants across the country," said Stuart Birrell, a professor of agricultural and biosystems engineering at Iowa State University.

Other states, including Florida, Mississippi, and Kansas, also have cellulosic plants and plans are underway for others in more than 20 states, according to the Renewable Fuels Association, an ethanol trade group.