Past the razor wire and security checkpoints that guard Missouri's first and only nuclear power plant, there's an empty gravel lot where a second reactor was to have been built.Union Electric — the utility now known as Ameren Missouri — envisioned an $839 million, two-reactor facility when ... 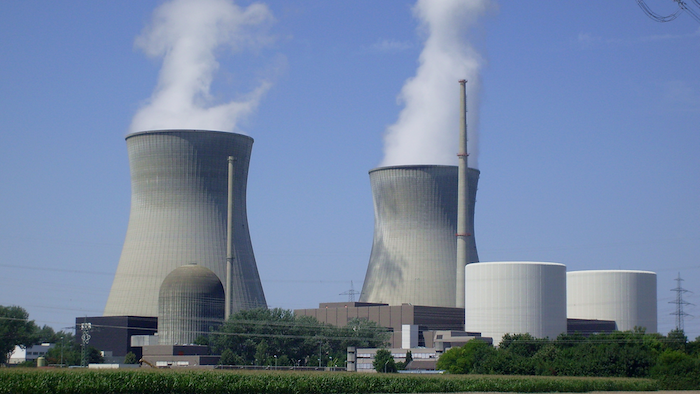 Past the razor wire and security checkpoints that guard Missouri's first and only nuclear power plant, there's an empty gravel lot where a second reactor was to have been built.

Union Electric — the utility now known as Ameren Missouri — envisioned an $839 million, two-reactor facility when it began work in Callaway County in the 1970s. Rising costs and more conservative electricity demands prompted the utility to scale back the project. When it finally went online in 1984, the single reactor ended up costing $2.85 billion.

Even after that experience, which led to the largest electric rate increase in state history, Ameren never quite gave up on a second reactor, the St. Louis Post-Dispatch reported (http://bit.ly/1yhwl3E ). It spent recent years trying to pave the way for another reactor via a financing rule from the state legislature and, more recently, a grant from the U.S. Department of Energy.

But those efforts have stalled, and new energy economics have forced the utility to reevaluate its future needs. Stagnant demand growth means the utility isn't even sure it will have to replace capacity from its Meramec coal plant in south St. Louis County, which it announced last month it would retire by 2022.

On a tour of the nuclear power plant last month, Warren Wood, Ameren vice president of external communications, indicated the utility was viewing future energy needs through the same lens as most power producers these days.

"It's not our next immediate resource," Wood said of nuclear generation. "Natural gas is next in the queue."

Its most recent attempt to build a nuclear plant was a 2012 application in partnership with nuclear engineering firm Westinghouse. The partners applied for a federal grant to jumpstart the development of small nuclear plants that provide about 20 percent of the energy a conventional reactor does. That drew political support from Gov. Jay Nixon, the state's Congressional delegation, the University of Missouri System and local governments eager for the jobs they hoped the project would bring.

Beyond new power, politicians and Ameren pushed the prospect of a new state industry in the design and manufacture of the supposedly assembly-line-ready new nuclear technology. But the DOE twice passed Ameren and Westinghouse over, and the utility said in December it was "stepping back and considering our alternatives."

But as Ameren looks beyond the life of the coal-burning power plants that supply most of the region's electricity, the utility still holds out the hope that a second reactor — albeit a smaller one — might one day fill some more of the 8,000 acres of land it owns in Mid-Missouri.

In the utility's upcoming resource plan, set to be released this fall, Wood said Ameren will stay upbeat on the carbon-free fuel.

"You're going to see nuclear faring well," he said. "Putting all your chips in gas is a risk."

The renaissance in carbon-free nuclear energy hoped for a decade ago hasn't materialized despite increasing concern about climate change and air pollution. Eight permit applications, including one from Ameren Missouri, submitted to the Nuclear Regulatory Commission over the last decade have been put on hold. There are, for the first time in decades, several nuclear reactors under construction, but those are in fast-growing Sunbelt states.

Even Ameren, long interested in adding nuclear energy for its predictable fuel prices and consistent power, views the fuel it mostly used to meet peak summer demand as the most likely way forward.

"Natural gas prices (a decade ago) were very high and we were expected at that time as a country to have to import liquefied natural gas," said Phil Sharp, president of Resources for the Future, a Washington think tank, and a former member of the Department of Energy's Blue Ribbon Commission on America's Nuclear Future. "With the price of natural gas dropping so much, it simply is cheaper to build natural gas generating plants than it is to build a nuclear plant."

Compared to coal, now-abundant natural gas burns much more cleanly and can go a long way to meeting proposed regulations on carbon dioxide. Plus, it's relatively cheap to build a natural gas plant, which can be online in just a couple of years compared to the decade and billions of dollars it takes to build a full-scale nuclear reactor.

Especially in a slower-growing region such as Missouri and St. Louis, it makes little sense to build a full-scale reactor.

That was the goal of the consortium Smith helped lead to develop small nuclear plants in Missouri. Smith helped coordinate the University of Missouri System's support after Ameren partnered with Westinghouse to pursue the grant for small modular reactors, or SMRs as they're called.

He's still upbeat on SMRs, even after the DOE snubbed the Missouri-Westinghouse consortium. Researchers in the University of Missouri system continue to look at SMR technology, and dialogue with industry continues, he said.

"The technical issues I think we've addressed, and there are different flavors of how you do it," Smith said of commercializing the technology. "The fact of the matter is we've had small reactors for some time on boats floating around the oceans."

Still, SMRs won't be generating in the U.S. for five to 10 years in Smith's estimation. And other companies developing the technology have run into problems.

One of the winners of the Department of Energy grant, Babcock & Wilcox, is scaling back its investment in its SMR program and risks losing federal funding for the project. Ameren's potential partner, Westinghouse, told the Pittsburgh Post-Gazette earlier this year it had shifted some resources from SMR development back to its full-scale reactor.

However, Holtec international, also passed over for DOE funding, has said it remains committed to its SMR design. No problems have surfaced with the other DOE grant winner, NuScale Power.

"I'm convinced it's not a matter of if SMRs become a viable technology, it's a matter of when," Wood said.

One of the reasons Ameren and others still point to nuclear is the risk of volatility in natural gas prices. Gas-heavy utilities learned that the hard way after a bitterly cold winter strained supplies in a still-developing network of natural gas distribution, causing price spikes that drove home the fuel's risks. Others point to the potential of increased natural gas exports that would drive up the cost to domestic consumers.

Sharp, the energy expert, says there's something to be said for a diversity of energy sources: When making long-term predictions on energy markets, academics, government agencies and industry frequently get it wrong.

"This is why many utilities want a diverse supply of energy," Sharp said. "That has become one of the mantras in any given utility system."

The "wild card," Smith said, is how stringent curbs on carbon dioxide become. That could curb gas use and accelerate coal plant retirements, changing the electricity generation calculus.

"If we're serious about greatly reducing greenhouse gas emissions, natural gas has a carbon footprint, too," Wood, at Ameren, said.

But if it does come down to a gas versus nuclear question, it won't be anytime soon.

"We have some time until we have to make that decision," Wood said.