The Energy Watch Group study added that fracking caused environmental damage and disrupted rural landscapes in the U.S., and noted production levels could fall amid the months-long slide in the global price of oil. 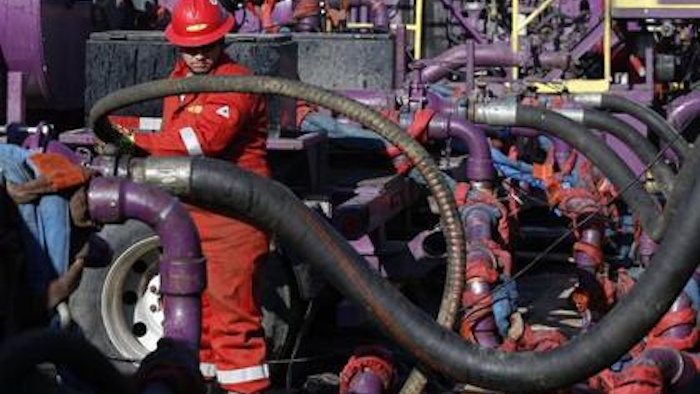 The group argued that Europe, and Germany in particular, has yet to uncover substantial reserves of shale oil, and that early-stage exploration in Poland, Romania and Ukraine returned disappointing results.

Moreover, the study said the U.S. fracking boom reflected specific conditions "that do not exist in Europe and probably hardly exist in any other country." Analysts noted the country's long history of oil production and environmental regulations that were loosened in 2005.

The report also said U.S. fracking primarily takes place in areas with low population densities -- unlike much of Central Europe -- which contributed to lower drilling costs and a decreased likelihood of civil protest.

The Energy Watch Group study added that fracking caused environmental damage and disrupted rural landscapes in the U.S., and noted production levels could fall amid the months-long slide in the global price of oil. The report said fracking in Germany would likely also counteract the county's efforts to reduce greenhouse gas emissions.

"It’s pure illusion to believe one could repeat the U.S. successes and at the same time minimize the associated environmental effects," said study author Werner Zittel.

An industry group responded that Germany holds vast shale reserves that could meet domestic energy demand for more than two decades, and that renewable energy alone could not meet increasing energy needs.

"It would be wholly negligent if any government failed to examine and explore all potential sources of domestic energy production particularly given the specific challenges that Germany is facing," said the statement from Shale Gas Europe.