U.S. To Pledge Up To 28 Percent Emission Cut In Global Treaty

By announcing its commitment early, the U.S. hopes to dial up the political pressure on other countries to take equally ambitious steps to cut emissions. 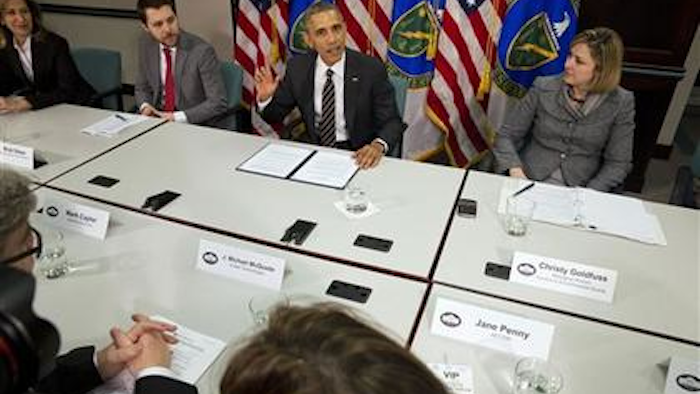 The United States will pledge Tuesday to cut its greenhouse gas emissions up to 28 percent as part of a global treaty aimed at preventing the worst effects of climate change.

The Obama administration's contribution to the treaty codifies a commitment President Barack Obama first made late last year in Beijing. That's where Obama announced a joint U.S.-China climate deal that raised global hopes that developed and developing nations can come together to fight climate change.

The U.S. proposal has drawn intense interest around the world. Most nations will miss Tuesday's informal deadline to convey their contributions to the U.N. By announcing its commitment early, the U.S. hopes to dial up the political pressure on other countries to take equally ambitious steps to cut emissions.