Huge GE Power Deal Will Light Up Egypt with Electricity

Egypt’s demand for electricity is already outstripping supply, and the government is seeking fast ways to boost it. GE found one. 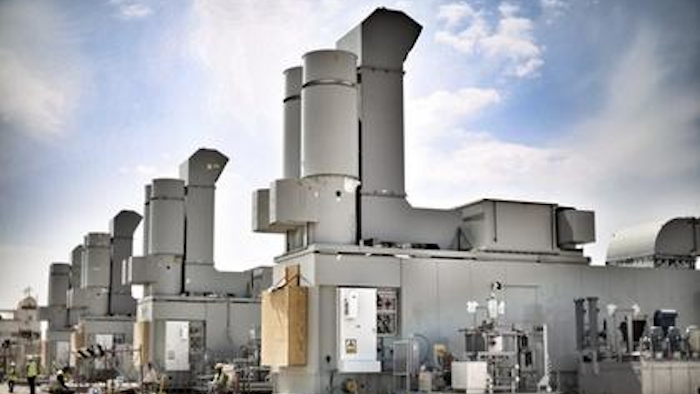 Economies run on power, and growing economies, like growing kids, are always hungry for more. Such is the case in Egypt, which is brimming with young workers. The median age of Egypt’s 85 million citizens is just over 25 years, and they need new jobs in factories demanding ever more energy.

But Egypt’s demand for electricity is already outstripping supply, and the government is seeking fast ways to boost it. GE has found one.

The company will supply Egypt with dozens of advanced and easy-to-deploy gas turbines and other power generation technology. Together they will produce 2.6 gigawatts – enough for the equivalent of 2.5 million Egyptian homes - before the summer heat sets in. The turbines, some of which are mobile, will be located at 25 sites around Egypt, including the Red Sea resort town of Sharm el-Sheikh and Port Said at the Mediterranean mouth of the Suez Canal. GE says that 70 percent of the machines are already on the ground.

The speed is much appreciated. Egypt’s economic growth clocked in at more than 5 percent in December 2014, after years of lackluster performance, and there are signs that more expansion is ahead.

The GE technology includes 12 heavy-duty gas turbines that will work inside two power stations generating a total of nearly 1.5 GW. But the deal also includes 34 advanced “aeroderivative” turbines that can be quickly deployed pretty much anywhere there is a supply of natural gas.

GE calls the turbines “aeroderivatives” in a nod to their aviation pedigree. They are using the compressor, combustor and turbine developed for the CF6 jet engine. (The CF6 powers many Boeing 747 passenger jets, including Air Force One).

The earthbound version of the engine spins a shaft attached to the generator to produce electricity.The turbines are extremely sturdy and can be quickly deployed. For example, when Hurricane Odile knocked out power on Mexico’s Baja peninsula last fall, GE flew in the turbines on a transport plane (above) and the local utility used them to quickly restore power.

The machines are already working in the hot and harsh North African climate. In 2013, two dozen of them started working on the edge of the Sahara desert in Algeria.

“Today, countries that succeed are those that can get in front of the trends, innovate, work together and deliver results,” said GE Chairman and CEO Jeff Immelt, who was speaking at the Egypt Economic Development Conference in Cairo this week. “Egypt is moving with speed and scale, and reimagining a future centered on its people.”