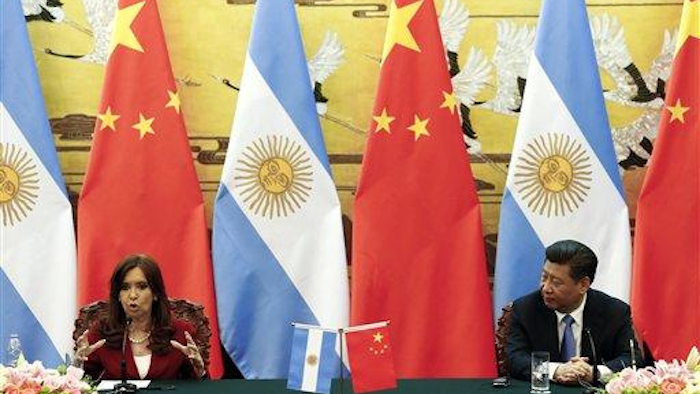 A global partnership between Argentina and China was strengthened today as leaders from both countries agreed to collaborate on two new nuclear power plants.

An article from The Associated Press reads, “Two nuclear power plants would be built in Argentina with a transfer of technology from China…China also is helping Argentina build infrastructure such as dams and railways. Beijing recently helped Buenos Aires stabilize its peso with a currency swap as Argentina struggles to shore up its foreign reserves.”

This collaboration is one of China’s recent moves to solidify its global influence by strengthening relationships with numerous countries in the region. Specifically, China has recently pledged $250 billion in investments in Latin America.