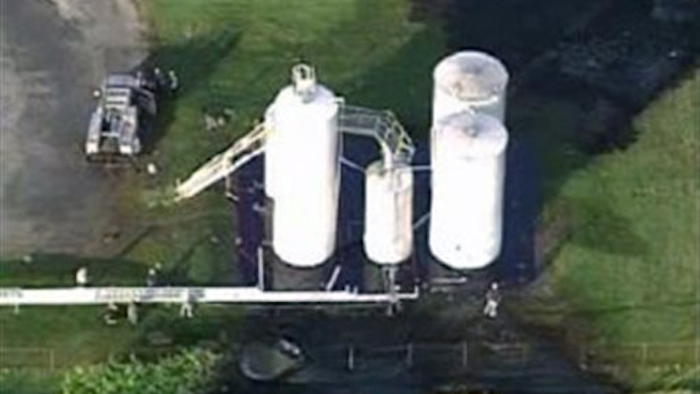 GREENVILLE, Pa. (AP) -- A 10,000-gallon fuel oil tank exploded at an industrial park on Monday and went flying across a road, killing a worker who was welding nearby.

The tank spilled 7,500 gallons of fuel and flooded a dike encircling the area, but the spill was contained, firefighters said.

The man who died worked for the oil company and had been welding near the tank when it exploded, Transfer Volunteer Fire Department Chief Phil Steele said. It was unclear what the man, who was from New Castle, was welding when the tank blew up, Steele told The Record-Argus newspaper.

The man died from blunt-force trauma to his head, and no one else was injured or killed, Steele said.

Nearby propane tanks weren't involved in the blast, and damage to the oil company appeared to be minimal, firefighters said.