Control of the United States Senate changed hands this week, but that appears unlikely to change the fortunes of the controversial Keystone XL pipeline following a veto threat from the White House. Shortly after the introduction of a new Senate bill to authorize construction of the pipeline, White House... 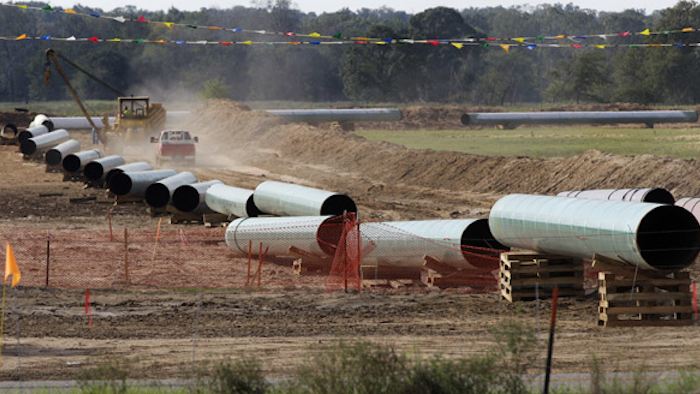 Control of the United States Senate changed hands this week, but that appears unlikely to change the fortunes of the controversial Keystone XL pipeline following a veto threat from the White House.

Shortly after the introduction of a new Senate bill to authorize construction of the pipeline, White House Press Secretary Josh Earnest said the president would not support the current measure. Instead, President Obama has said he’d prefer to let the ongoing regulatory process reveal if it’s a move he’d support. The final section of the 3,800-mile network would transport crude oil from Canada to refineries near the Gulf Coast

“There’s already a well-established process in place to consider whether or not infrastructure projects like this are in the best interest of the country,” Earnest said.

Earnest also cited an ongoing legal dispute over the pipeline in Nebraska, saying once that issue is resolved, "that should speed the completion of the evaluation of that project."

Construction of Keystone XL has been stalled since TransCanada first proposed the measure some six years ago. The U.S. State Department has completed its environmental evaluation, but as the Obama administration waits out the Nebraska legal challenge, the pipeline has increasingly exemplified the partisan divide over the nation’s energy policy.

Critics of the pipeline — including environmental groups, residents near the pipeline route and nearby tribes — argue the project would harm the environment and raise health concerns along its path through the U.S.

Supporters, meanwhile, say the project has the potential to create thousands of jobs and spark economic growth, although the president has downplayed its potential economic impact.

Republican lawmakers — along with some supportive Democrats — have previously attempted to force the administration to act on the pipeline.

But those efforts had largely run aground in the Democratic-controlled Senate, including after the mid-term elections when then-Sen. Mary Landrieu, a Louisiana Democrat who would go on to lose a runoff election, attempted to muster the 60 votes needed to overcome a filibuster of a Keystone bill. Her efforts narrowly fell short when two Democratic colleagues considered on the fence opted to vote against it.

The 60-vote threshold apparently will not be an issue in the Senate under Republican control, where Sens. John Hoeven, R-North Dakota, and Joe Manchin, D-West Virginia, introduced Keystone XL legislation with 60 cosponsors this week. That total includes 54 Republicans and six Democrats, and the authors say three more Democrats are likely to support the bill when it comes to the floor for a vote, which is expected in the next couple of weeks.

"I assure you, threatening to veto a jobs and infrastructure bill within minutes of a new Congress taking the oath of office — a bill with strong bipartisan support — is anything but productive," McConnell said.

Sen. Charles Schumer, D-New York, has predicted that Democrats would ultimately sustain a veto; 67 votes would be needed in the Senate to override a veto.

In the House of Representatives, meanwhile, Republican lawmakers are again set to pass legislation approving Keystone XL. House Majority Leader Kevin McCarthy, R-California, said a vote is scheduled for Friday; it would be the tenth such vote since the GOP assumed control of the House in 2011.