Australia's prime minister on Monday abandoned plans to legislate to limit greenhouse gas emissions to head off a revolt by conservative lawmakers. 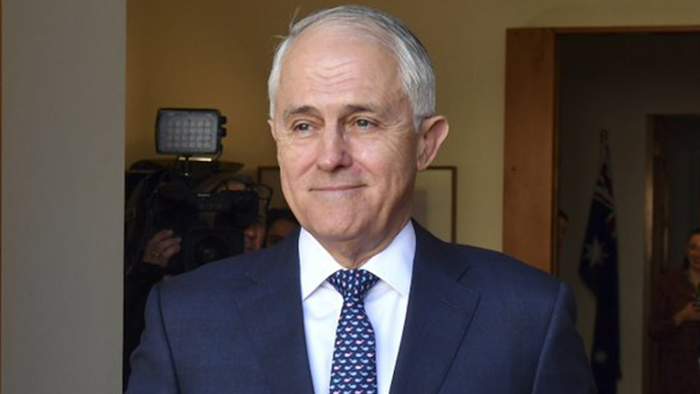 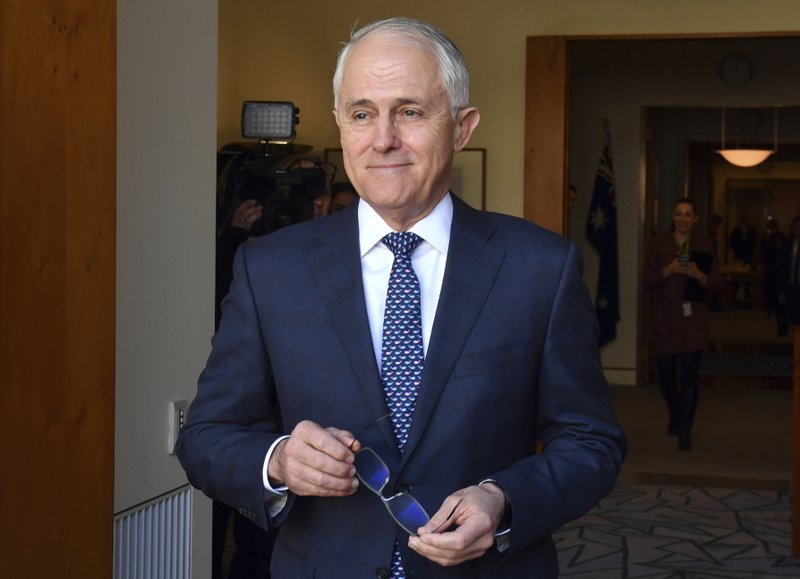 Australia's prime minister on Monday abandoned plans to legislate to limit greenhouse gas emissions to head off a revolt by conservative lawmakers.

Malcolm Turnbull on Monday conceded that he could not get legislation through the House of Representatives where his conservative coalition holds only a single-seat majority.

He said although most government lawmakers supported the target of reducing Australia's greenhouse gas emissions by 26 percent below 2005 levels, that support was not enough.

"Even with strong support in the party room, if a small number of people are not prepared to vote with the government on a measure, then it won't get passed," Turnbull told reporters.

Some lawmakers including former Prime Minister Tony Abbott argue the government should be focusing on cutting electricity prices instead of cutting emissions.

Abbott deposed Turnbull as leader of the conservative Liberal Party in 2009 over differences in energy policy. But Turnbull ousted Abbott as prime minister in 2015 in a leadership ballot of government lawmakers concerned by the government's poor opinion polling.

Turnbull said Dutton had told him he would not challenge for the party leadership.

"He has given me his absolute support," Turnbull said of Dutton.

Dutton also watered down speculation of a challenge.

"In relation to media stories today, just to make very clear, the Prime Minister has my support and I support the policies of the Government," Dutton tweeted.

The government has trailed the center-left opposition Labor Party in most opinion polls since the last election in 2016. Australians are due to hold a general election early next year.

A Fairfax-Ipsos poll published on Monday showed 55 percent of voters surveyed supported Labor and only 45 percent supported the government. The phone poll of 1,200 voters was taken last week from Wednesday to Saturday. It has a 2.9 percent margin of error.

Australia has gone through an extraordinary period of political instability since Prime Minister John Howard lost power in 2007 after more than 11 years in office.

Turnbull would next month become Australia's longest serving prime minister since Howard, having held the office for three years and four days. 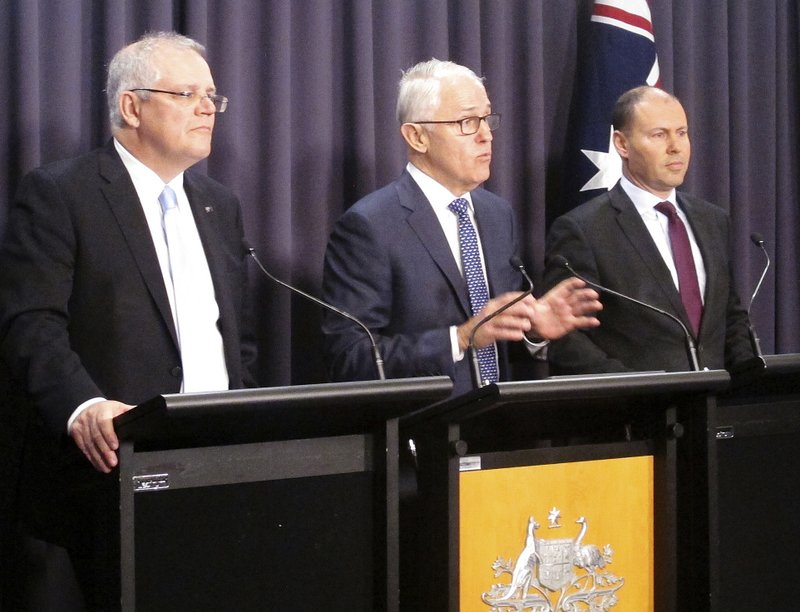 Australian Prime Minister Malcolm Turnbull, center, Treasurer Scott Morrison, left, and Environment Minister Josh Frydenberg address reporters at Parliament House in Canberra, Australia, Monday, Aug. 20, 2018. Turnbull abandoned plans to legislate to limit greenhouse gas emissions to head off a revolt by conservative lawmakers. Turnbull conceded that he could not get legislation through the House of Representatives where his conservative coalition holds only a single-seat majority. (AP Photo/Rod McGuirk)