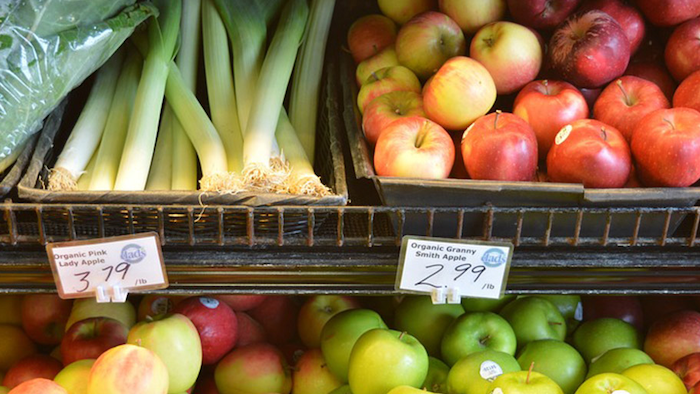 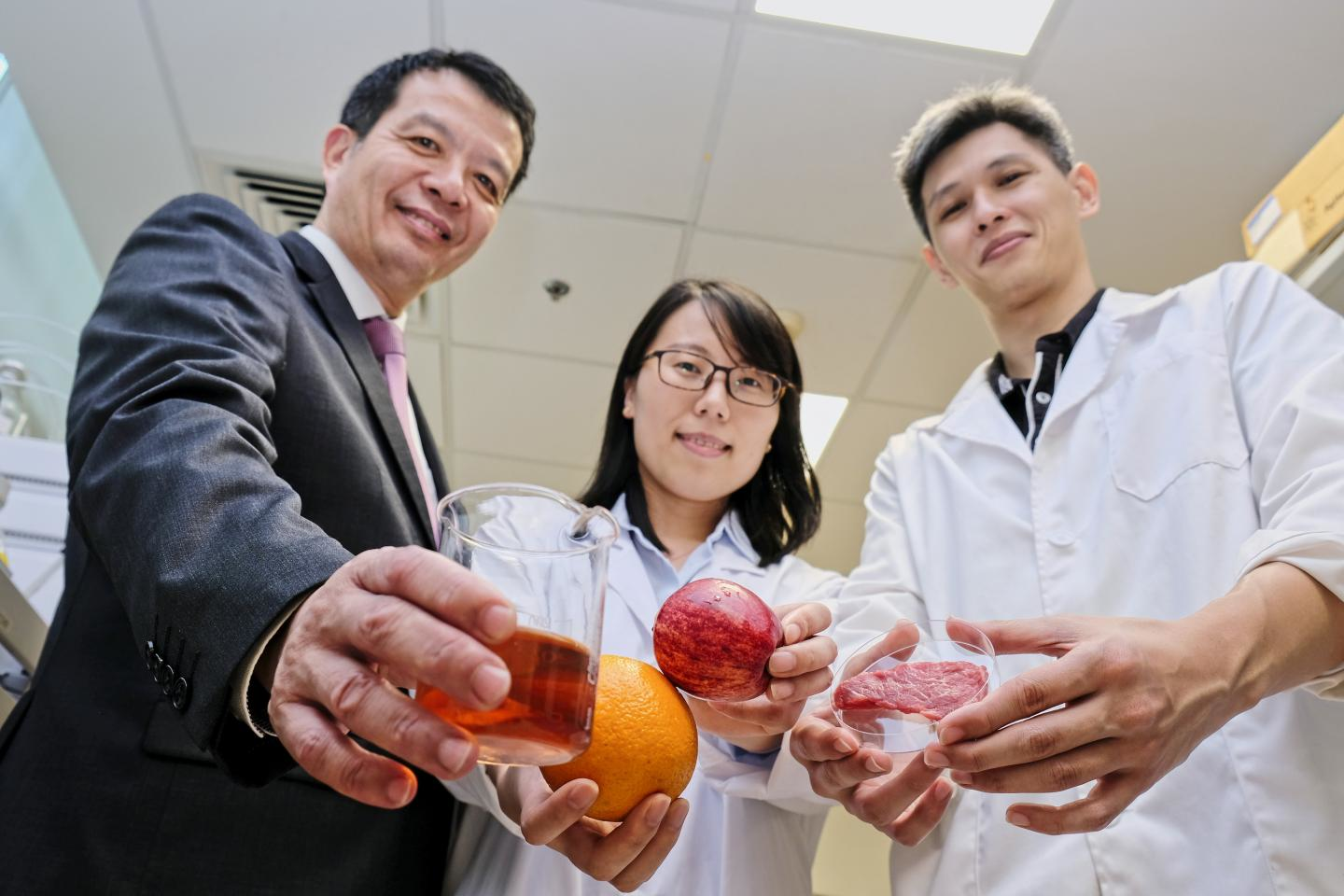 The organic preservative comprises a naturally-occurring substance known as 'flavonoids', a diverse group of phytonutrients found in almost all fruits and vegetables. The flavonoids created by NTU scientists have strong anti-microbial and anti-oxidant properties; two key traits of preservatives that inhibit bacterial growth and keep food fresher for longer.

In tests carried out on on meat and fruit juice samples, the organic preservative kept its samples fresh for two days without refrigeration, compared to commercial-grade artificial food preservatives.

The experiment was conducted at room temperature (about 23 degrees Celsius) where the other food samples with artificial preservatives succumbed to bacteria contamination within six hours.

The NTU research team was led by Professor William Chen, Director of NTU's Food Science & Technology program. The team is already in talks with multinational companies to further develop the new food preservative.

"This organic food preservative is derived from plants and produced from food grade microbes, which means that it is 100 percent natural," said Chen. "It is also more effective than artificial preservatives and does not require any further processing to keep food fresh.

"This may open new doors in food preservation technologies, providing a low-cost solution for industries, which will in turn encourage a sustainable food production system that can produce healthier food that stay fresh longer."

Flavonoids are naturally occurring chemicals in plants which are responsible for defending plants against pathogens, herbivores, pests, and even environmental stress such as strong ultraviolet rays from prolonged hours of sunshine.

Found in almost all fruits and vegetables, it is responsible for inducing vivid colors in them. These include onions, tea, strawberries, kale, and grapes.

Though flavonoids' anti-microbial potential have been reported, they have not been used as a food preservative because they require further processing before they can mitigate bacteria. This is known as 'prenylation'—a process involving the addition of hydrophobic molecules onto a protein to facilitate cell attachment—which is not cost-effective or sustainable.

NTU researchers have not only found a way to grow flavonoids with high anti-microbial and antioxidant properties but also in a natural and sustainable manner. They achieved this by implanting the flavonoid-producing mechanism from plants into baker's yeast (a species known as Saccharomyces cerevisiae).

Similar to how vaccines are manufactured using yeast, the researchers found that the yeast produced flavonoids with high anti-microbial properties, which are not even present in pure flavonoid samples extracted directly from plants.

This research comes at a time when there is a growing body of scientific evidence on how artificial preservatives affect the body's long-term growth and development.

Last month, the American Academy of Pediatrics, which represents some 67,000 pediatricians in the U.S., issued an announcement expressing concerns about chemicals used in food preservatives especially for meat products. These include nitrates and nitrites, which can interfere with thyroid hormone production that is essential for the regulation of metabolic processes, and has also been linked with gastrointestinal and nervous system cancers.

Sharing an independent view on the research, Dr. Gabriel Oon Chong Jin, a Consultant Medical Oncologist at Mount Elizabeth Hospital, said, "The new source of natural food preservatives from flavonoids safely produced from yeast by NTU is brilliant, as this species of yeast has been used in brewing beer and in the manufacture of hepatitis B vaccines.

Dr Oon, a former consultant and adviser to the World Health Organisation and a pioneer in implementing the universal vaccination programme in Singapore, added, "Flavonoids are important natural food supplements with vitamins, but also used as food additives, without causing harm to the human system. This is unlike currently available artificial preservatives used in most processed foods such as aspartame and nitrates, which may cause cancer among other adverse health effects."

The NTU research team aims to further develop their findings with the food industry and enhance its efficacy and safety so that it can be used in all packaged food products.