The U.S. government on Wednesday issued proposals for managing two national monuments in Utah that were significantly downsized by President Donald Trump last year, saying its preference for one of the sites would be the "least restrictive to energy and mining development." 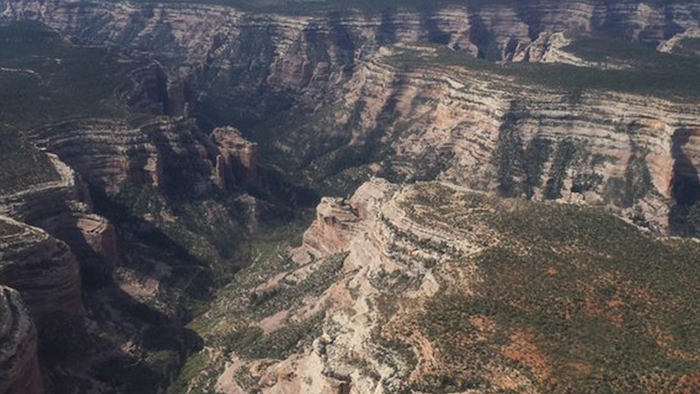 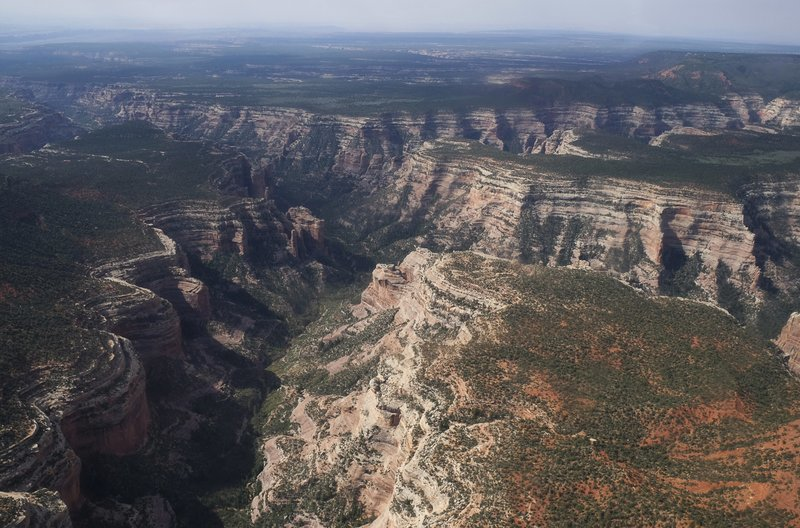 This Dec. 28, 2016, file photo shows the two buttes that make up the namesake for Utah's Bears Ears National Monument in southeastern Utah. The U.S. government is issuing draft proposals for how it would like to manage two national monuments in Utah that were significantly downsized by President Donald Trump in 2017 in a move that angered conservation and tribal groups and triggered lawsuits. (Francisco Kjolseth/The Salt Lake Tribune via AP)

The U.S. government on Wednesday issued proposals for managing two national monuments in Utah that were significantly downsized by President Donald Trump last year, saying its preference for one of the sites would be the "least restrictive to energy and mining development."

The Bureau of Land Management listed four options for the Grand Staircase-Escalante National Monument, saying the energy and mining option is its top preference. The plan also would allow commercial timber harvesting to keep forests healthy.

The agency said the preferred plan among four options for the Bears Ears National Monument would allow for multiple uses, preserve similar recreation levels while adding "flexibility" for management decisions. Woodland harvesting would be allowed on about two-thirds of monument lands.

In December, Trump downsized the Bears Ears National Monument by about 85 percent and Grand Staircase-Escalante National Monument by nearly half following a review of 27 national monuments by Interior Secretary Ryan Zinke. Trump earned cheers from Republican leaders in Utah who lobbied him to undo protections by Democratic presidents that they considered overly broad.

Conservation groups that described the Trump decision as the largest elimination of protected land in American history blasted the new proposals on Wednesday.

Jennifer Rokala, executive director of the Center for Western Priorities, said a cursory review of the thousands of pages of documents read like "a neon sign inviting drilling and mining companies into our national monuments."

Randi Spivak, public lands director at the Center for Biological Diversity, said the concise summary of the Grand-Staircase plans make clear energy and mining will be a higher priority while the Bear Ears plans seem to indicate grazing and off road vehicles will have more prominence.

"More flexibility for management is code for less protection for the monument," Spivak said. "We've already seen that Zinke and Trump cannot be trusted to protect our public lands."

Kathleen Sgamma of the oil industry trade group Western Energy Alliance countered that the plans "respect the new boundaries of the monuments, preserving maximum conservation within them while enabling balanced, responsible development in the multiple-use areas outside the monuments."

President Barack Obama created Bears Ears National Monument in 2016, and President Bill Clinton created Grand-Staircase Escalante National Monument in 1996. Like other presidents, they cited the 1906 Antiquities Act, which sets guidelines calling for the "smallest area compatible with proper care and management of the objects to be protected."

The Utah Tribal Leaders Association called on the Bureau of Land Management to halt the planning process because of pending lawsuits challenging the legality of Trump's decision. Bears Ears was established after years of lobbying by Native American groups who asked for more protections on what they consider sacred lands home to ancient cliff dwellings and other artifacts.

The National Parks Conservation Association said Wednesday planning for management of the monument is a "waste of taxpayer money" until the courts rule on the pending lawsuits.

Trump said he was scaling back the two monuments to reverse federal overreach and had acted within his authority. Past presidents have trimmed national monuments 18 times, but there's never been a court ruling on whether the Antiquities Act also lets them reduce one.

Most monuments are overseen by the National Park Service, although rules for their protection are less strict than for national parks. Some are cared for by the federal Bureau of Land Management, the Fish and Wildlife Service, or the Forest Service. Each agency has policies for safeguarding the land while also allowing some public use. For instance, policies can include limits on mining, timber cutting and recreational activities such as riding off-road vehicles.